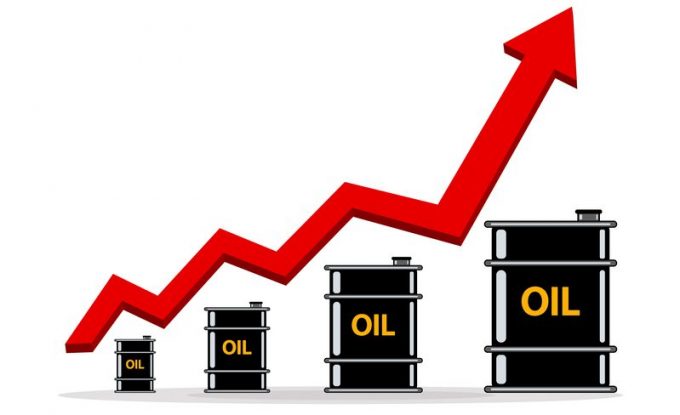 Shippers are bracing for a raft of emergency bunker surcharges from ocean carriers, as oil prices hit eight-year highs.

Following Russia’s invasion of Ukraine, the price of crude oil has soared to its highest level since 2014, to more than $105 a barrel, with analysts predicting $130 within weeks.

Meanwhile, Rotterdam-sourced low-sulphur fuel oil (LSFO) spiked yesterday by more than $30, to $731.50 a ton, a 40% increase since December.

The Loadstar understands an emergency BAF was being considered by carriers before the events of this week, but according to a carrier source, the “die is now cast” on surcharge hikes.

“Many of our contracts have a BAF calculator built in, but for our spot and short-term deals, we have no option but to try to recover as much of the extra cost as possible,” he said.

And a UK-based NVOCC contact confirmed to The Loadstar this week he had been warned about the introduction of an emergency BAF “within weeks”, and that his carrier account manager had phoned with “good and bad news” on his March/April shipments from China.

“The good news was that there was space and that he could lop $200 off the 40ft rate until the end of April; the bad news was that new BAFs were coming,” he said.

However, according to the Ningbo Containerized Freight Index (NCFI) commentary, there was a “slight decline” in rates on the tradelane, reflecting “sufficient supply in the market”.

On the transpacific, the NCFI commentary reported that “some carriers had increased rates on early March voyages”.

As far as contract rates are concerned, according to US-based consultant Jon Monroe, BCOs “seem to be settling at around $10,000 to the west coast and $12,000 to the east coast”.

Mr Monroe noted that the deals were at levels “much higher than BCOs anticipated”, adding: “It looks like the later a contract is signed, the higher the rate.”

There have been many reports of carriers reducing the MQCs (minimum quantity commitments) of BCOs, obliging the shippers to seek deals with NVOCCs for overflow cargo to move containers at carrier spot rates.

The container shipping and logistics community will gather together at Long Beach for the TPM conference next week, and The Loadstar editorial team will be there in force to report on what has all the ingredients for an interesting, informative and lively event.