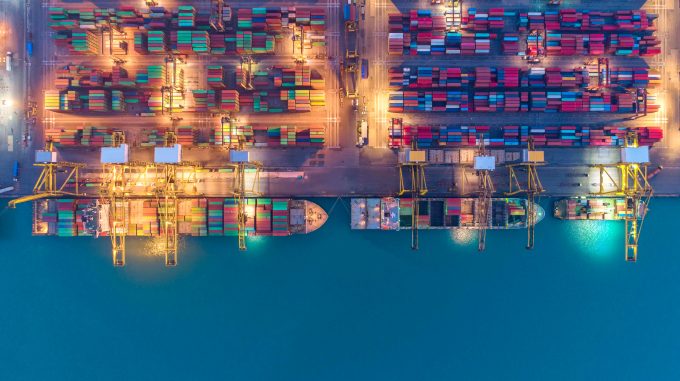 Shippers expect the latest review of the Consortia Block Exemption Regulation (CBER) to result in changes to the rules, following the delayed publication of the EC’s initial view on the consultation.

Henrik Mørch, director of services, DG comp at the EC, revealed at last week’s Logistics Europe conference that the view on the recently ended CBER consultation would be published in the Staff Working Document in the first quarter of next year.

Expected before Christmas, the delay could signify that the EC “received more responses than expected and they need to evaluate them”, Global Shippers’ Forum (GSF) director James Hookham told The Loadstar.

According to the GSF, the CBER is out-of-date, having been formulated in the 1960s with only minor updates since, which has left parts of the regulation, such as the language around the use of digital information and not taking into account the massive increase in this data, seem out of touch.

This view is shared by competition lawyer Philippe Corruble, French Of Counsel lawyer at Stream and Professor at Ecole de Management de Normandie, who added that the UK’s Competition and Markets Authority has appointed personnel to investigate digital developments, which he calls “a truly decisive element in the development of the of the industry”.

Modern communications technology gives carriers the ability to move data and information rapidly and, as the lines are global entities, they can communicate in jurisdictions outside the EU where competition regulators do not have as strong a focus on market developments.

Mr Corruble added that the recent moves toward vertical integration by the shipping lines should also be a concern to competition authorities.

He said: “We are focused on the CBER which focuses on cartelisation, but in a tight oligopoly, which is what we’re talking about, with huge barriers to entry, with the instant circulation of information and the same costs for the same players, we have a perfect situation of tacit collusion being possible – you don’t need to talk to the others [lines] to know what the most favourable behaviour is.”

However, Mr Corruble also argued that a quick revisiting of recent history shows conferences were rejected by the EC because of the lines’ abuse of their “collective dominant position”, and that shippers no longer needed to prove collusion, because the situation of alliances may look similar to such groupings as the Far Eastern Freight Conference and the Trans-Atlantic Conference Agreement, which were outlawed in Europe in 2008.

Moreover, Mr Corruble believes that the question of vertical integration moves by some of the carriers is a significant new competition issue.

“The approach of the commission, for example, puts the emphasis on horizontal issues and not enough on vertical issues in this business and, although we heard [at the Logistics Europe conference] that it seems the EC will pay more attention to this, things have gone quite far in this in this direction already.

“I have expressed the view that the specificity of global alliances has not been investigated enough as a phenomenon distinct from classical consortia. It seems they are seen as extended consortia, but it could require more attention.”

Mr Hookham added: “What started as ocean shipping companies are now multimodal operators, so how far does the CBER extend?”

He said: “I think change is coming and they [DG Comp] will need to return to the market for further views. We are hopeful of change, if not wholesale reform, of the regulation.”

Moreover, Mr Hookham believes the wording in the CBER is too vague. He explained: “The CBER is supposed to allow VSAs (vessel-sharing agreements) to work, but because the wording is so vague the lines can do far more. If VSAs are the aim, then you can write a far tighter set of rules.

He pointed to the code-sharing agreements used by the airlines as a case in point.

Shipping lines, however, reject these criticisms of the CBER. John Butler, president and CEO of the World Shipping Council, told The Loadstar: “The regulation has worked well for a number of years and it is fit for purpose, it provides legal certainty for VSAs and is the backbone for liner services.”

He said the liner shipping sector was an “exceedingly competitive market”, with the supply and demand mechanism operating as it should, now that demand had fallen, proving the competitive nature of the sector.