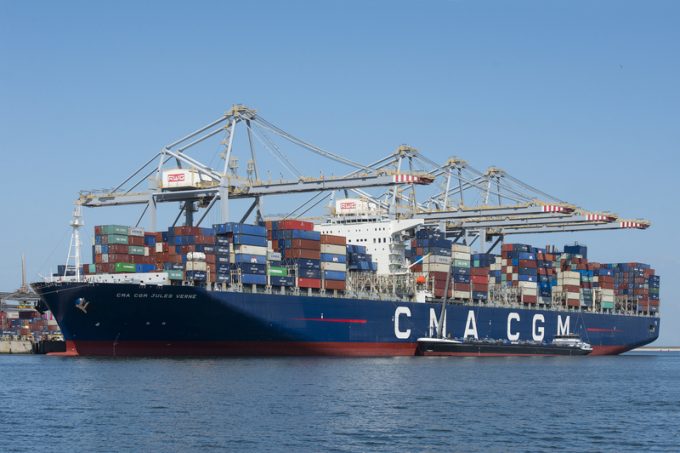 Container freight rates between Asia and Europe are holding firm, thanks to a demand spike and renewed hope of a peak season on the route.

The hopes stem from the unlocking of Covid-19 restrictions in Europe, boosting retail sales predictions.

The North European component of today’s Shanghai Containerized Freight Index (SCFI) ticked up 1.3% to $886 per teu, which is an impressive 24% higher than for the same week of last year.

For Mediterranean ports, there was a 0.5% decline to $949, however this still represents a massive 30% improvement on this week in 2019.

Meanwhile, Asia-Europe carriers seem divided on the trajectory of the demand recovery on the tradelane, with Ocean Alliance members appearing more optimistic than their rivals.

According to eeSea data, both the 2M and THE alliances have announced capacity reductions of 20-25% in the third quarter, whereas the Ocean Alliance has so far only blanked around 4% of its capacity on the route through to October.

When the 2M and THEA announced their aggressive headhaul capacity reductions two weeks ago to include the traditional peak season, it was widely expected that the Ocean Alliance would follow a similar strategy.

However, The Loadstar was told yesterday by an Ocean Alliance carrier source that there were still “no Asia-Europe capacity reduction advisories in the pipeline”.

Moreover, Ocean Alliance lead line CMA CGM this week announced a peak season surcharge (PSS) of $200 per teu from 1 July, which it said would be “applied to monthly, quarterly and long-term deals”.

He added: “We see this situation continuing for at least the coming two weeks.”

He said that, notwithstanding that carriers remained “willing to take actions in the short-term if demand declines”, it was also “worth noting that discussions about continued blanking are posing a challenge within the different alliances, given that rates remain at a very healthy level”.

On the transpacific, after a near 100% spike in spot rates from Asia to the US west coast since the beginning of June, the SCFI recorded an easing of 3.1% this week for US west coast rates to $2,669 per 40ft, which is, nevertheless, 93% higher than for the same time last year. For east coast ports, the SCFI recorded a further 1% uplift in spot rates, to $3,288 per 40ft – some 37% higher than a year ago.

“The fact that two waves of increases could take hold this month, with shutdowns and much of the world entering or in a recession highlights how unprecedented the current situation is and how much uncertainty there is in the market.”

Nevertheless, Mr Buchman said, there was a reluctance to “call this the start of a sustained rebound, with indications that consumer spending will not come roaring back any time soon”.