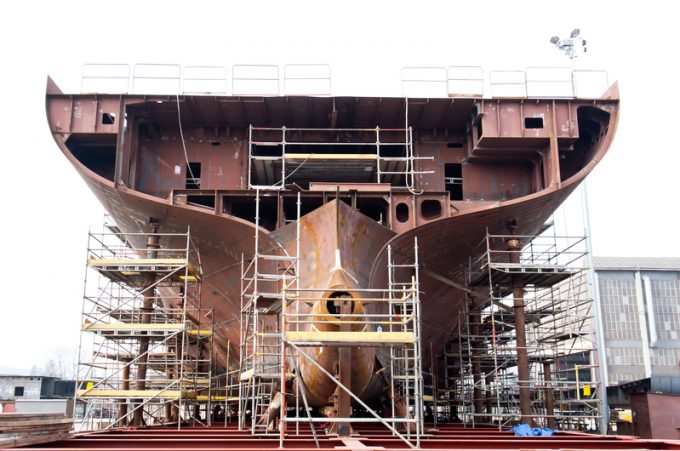 A slowdown in global manufacturing and the world’s economy will hobble container shipping’s growth prospects at the same time as ship sizes continue to increase, according to new industry reports from shipping association Bimco.

“Global economic growth continues to slow with recession warnings sounding in many corners of the world, none of which points to high global trade volume growth for the time being,” said Bimco.

It noted that the global manufacturing PMI (purchasing manager’s index) had been under the 50 benchmark level since May. In general a PMI reading of over 50 is associated with growth, while a level below 50 indicates contraction.

As well as the slower-than-anticipated growth scenario the IMF has taken stock of the increase in trade tensions around the world to revise its global growth forecasts for 2019 down to 3.2%.

However, the update came before the most recent escalation of the trade war between the US and China. Bimco said it expected the IMF to “lower growth projects” in its next report.

Moreover, the latest appraisal of the container market by Bimco’s chief shipping analyst Peter Sand suggested that the already weak outlook for the liner industry will be further aggravated by the failure of ocean carriers to recover the extra costs associated with the IMO’s 0.5% sulphur cap on maritime fuel, which becomes law on 1 January next year.

“Adding to the worsening of the fundamental balance, the added fuel costs due to the 2020 sulphur cap, paints a disturbing picture for the rest of 2019 and 2020 for container shipping,” said Mr Sand.

He continued: “As we have also noted in the dry bulk analysis, the oversupply of capacity is likely to make it difficult for shipowners to recover the additional fuel costs.”

Container lines have started to roll out their low-sulphur fuel surcharges to cover the extra cost of the compliant fuels which they will begin bunkering in the final weeks of 2019.

The analyst predicted very low to “stagnant” growth for global trades this year and next, compared to a fleet growth of 3.5% for this year and a projected 3.2% growth in container capacity in 2020.

Mr Sand noted that there are currently 71 ULCVs on order amounting to an additional 1.3m teu of capacity that will mostly hit the water between now and the end of 2021, while a further 11 23,000 ULCVs have recently been ordered by Taiwanese carrier Evergreen.

“These ULCVs will be deployed on the Asia-Europe route at a time when freight rates indicate that there is no need for additional capacity, and existing sailings are being blanked,” said Mr Sand.

And there is no respite on the demolition side with scrapping only on target for around 200,000 teu of deletions this year, versus BIMCO’s expectation of 967,000 teu of newbuild deliveries for 2019.

According to Mr Sand, the worsening of the supply-demand equation will see the “industry heading deeper into a hole” which in turn meant “cutting costs will remain in focus to be able to weather the storm”.