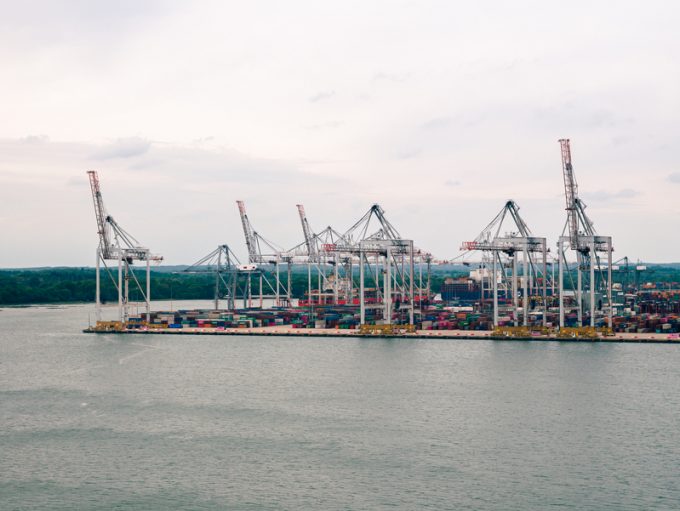 The congestion around the UK’s major container ports is showing few signs of abating, with forwarders today reporting more problems at Southampton.

Bad weather at the beginning of the week – heavy fog on Monday forced operations at Southampton to be temporarily suspended – has compounded the familiar issues of high import volumes, mounting stacks of empty containers and a shortage of haulage.

And truck turnaround times at the terminal have taken a hit this week. Early this morning, forwarders reported an average turnaround time of 140 minutes, although according to DP World Southampton’s port status, it had dropped to 68 minutes by early afternoon, and the terminal operator told The Loadstar it expected an early return to normal service.

“We have made clear that we are currently dealing with higher-than-usual yard volumes and our truck turnaround times are consequently longer. We expect levels to return to normal over the next week,” a spokesman said.

According to customer advisory from UK freight forwarder Ligentia, issues with returning empty containers are now spreading to the country’s rail network, as carriers seek alternative exit points for restitutions.

For example, ONE has now stopped accepting empties back into Southampton for the next few days and has offered Manchester, Liverpool or London as alternative, or a wait until Monday.

And, as The Loadstar previously reported, CMA CGM empties are being routed through Portsmouth and loaded onto feeder vessels for shipment to Rotterdam, which incurs an average additional £150 per container from suppliers, according to Ligentia.

Meanwhile, Hapag-Lloyd is continuing to restitute empties in Southampton and Ligentia noted that the depots available were “only open between 8am and 5pm, which are times drivers are usually away from the port area.

Ligentia’s advisory notes: “Due to high volumes, depot queues can be anything up to a six-hour wait. Any empty containers returning by rail are also bound by the above parameters and charges. Due to the disruption at Southampton as they struggle to move boxes around in time, there is already an increase in the number of rail failures.

“Furthermore, rail providers have very little control, meaning recovery options are limited and a quick recovery may not be a viable option if a container fails to rail.”

Meanwhile, new analysis from DHL suggests a sharp peak season also contributed to the current problems, with import volumes as much as a third higher than normal.

“The situation at Felixstowe, London Gateway and Southampton has worsened over the past 10 weeks due to a number of reasons, including high import volumes, the approaching Brexit deadline and peak season preparations, as well as a lack of storage space and yard congestion.

“The volume of imports arriving at UK ports has increased following the lifting of some Covid-19 restrictions imposed in the first half of the year. Weekly import volumes were more than 30% above average levels at Felixstowe from early September, as importers sought to replenish stock levels that dropped during the initial lockdown phase.

“In addition, with peak season and the Brexit deadline looming, companies have been preparing to increase buffer stocks in anticipation of potential disruption at UK borders from 1 January,” it said in a Resilience 360 report issued last night.

And another forwarder warned that haulage capacity was becoming so scarce there were “virtually no trucks to found” for at least the next fortnight.

“The haulage market is struggling to manage and, realistically, new bookings are week 51 at best. I would encourage any requirements prior to Christmas to be pre-booked ASAP,” he said.