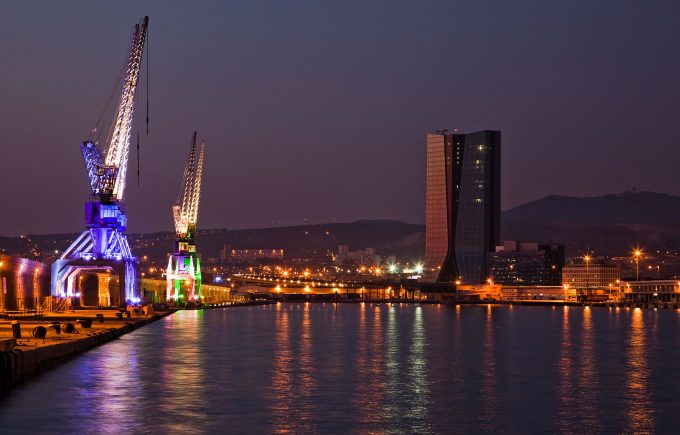 CMA CGM posted a net loss of $109m in the second quarter, taking the French transport and logistics group to a first-half loss of $152m.

However, it attributed much of the negative result to the acquisition of loss-making Ceva Logistics and the application of the new IFRS 16 accounting regulations on its leasing arrangements.

Of the carriers that report their results, CMA CGM is traditionally the last to publish, and at first glance appears to have underperformed its peers in terms of profitability, opting for market growth over revenue.

For Q2, CMA CGM’s liner sector recorded “a significant improvement in volumes carried”, compared with the same period of 2018, with growth of 6.3%, to 5.52m teu.

This was in contrast to carrier rivals Maersk’s 1.4% and Hapag-Lloyd’s 1.7% volume growth during the same period.

It was, it said, a performance driven by strong growth in its intra-regional, shortsea, US, Latin American and Australasian services, which, said the company, “remain particularly dynamic”.

Nevertheless, the aggressive growth strategy adopted by CMA CGM saw its second-quarter revenue from its liner business up just 4.6% on Q2 18, to $6bn, as freight rates came under pressure.

Analyst Lars Jensen said it appeared the carrier was “partly focused on market share growth”, adding that “not surprisingly in this market, such growth comes at a price”.

According to CMA CGM interim accounts, Ceva contributed a loss of $51.5m to the H1 result.

Following its takeover of the logistics group at the end of June, CMA CGM tried to return the company to the black, including a relocation of Ceva’s headquarters to Marseilles.

“We are focusing on the turnaround of the company through deep operational changes and on achieving positive free cash flow as early as the fourth quarter 2019,” said its newly-appointed chief executive Nicolas Sartini in July.

CMA CGM said it would continue to focus on “operational efficiency, cost control and the rationalisation of its industrial activities and brands”, citing the success of a $51 per teu reduction in operational expenses achieved in the second quarter versus the first three months of the year.

“Thanks to all the measures put in place, the group is confident for the second half of 2019, which should be better than the first one,” said CMA CGM.

However, analysts are not as confident that H2 will prove any better in terms of a return from liner shipping. In a recap of the Q2 results of the 11 shipping companies that report financials, John McCown, founder of New York-based consultant Blue Alpha Capital, concluded that container shipping came out of Q2 with a cumulative breakeven, but suffered a loss of $289m for H1.

Mr McCown noted that the worst performers in Q2 were HMM, Yang Ming and CMA CGM, while top of the class were Maersk, Hapag-Lloyd and Cosco.

Against the back drop of trade wars, weak peak season demand and wider recessionary fears, the analyst is warning of tough times ahead for the liner industry.

“All of this suggests the industry will sink back into the red with significant second-half losses,” said Mr McCown.