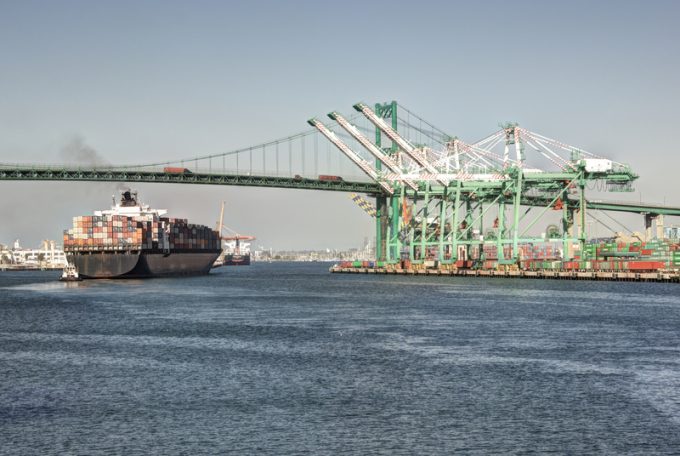 As the epic congestion at the largest marine gateway complex in the US shows no signs of abating, container lines are looking increasingly for west coast alternatives and are diverting vessels, or changing the order of port calls.

Transpacific sailings that avoid Los Angeles and Long Beach (LA-LB) are arriving, and Oakland and the Tacoma-Seattle Northwest Seaport alliance have reported advanced talks with carriers about new services.

“Carriers are diverting some vessels or changing the order of ports of call to try and fit into a slot at LA-LB, to at least offload some cargo on a more timely basis,” said Bob Imbriani, vice-president international services of logistics firm Team Worldwide.

“However, there are still significant backlogs in unloading and availability at LA-LB, and we are seeing delays grow at other ports due to the diversions or rerouting of cargo,” he added.

The LA-LB complex remains ensnared by massive congestion that has produced near-paralysis both landside and on the water.

Yesterday, 21 container vessels were at anchor at the port, facing an average wait of eight days, while container dwell times average five days. A week earlier, 32 container ships were at anchorage in the San Pedro Bay and 25 at berth in LA-LB.

And there are few signs of the situation improving – tight inventory levels have caused concerns about insufficient stock levels for Easter in the US, as many businesses are experiencing sales outstripping inventory.

This month, the National Retail Federation predicted imports would produce record levels of container volumes at major US gateways into the summer, and recent moves by container lines suggest they are looking beyond short-term re-routing measures to reduce their exposure to LA-LB,.

On 12 February, the port of Oakland welcomed the first vessel on CMA CGM’s new Golden Gate Bridge service, a weekly transpacific run from Shanghai and Yantian to Oakland and on to Seattle. This offers transit times of 17 and 12 days, respectively from the Chinese origin points.

In mid-March, Wan Hai will double its transpacific strings to four. One new service will run from Kaohsiung over Yantian, Shanghai and Ningbo to Seattle and Oakland, without touching southern California.

More transpacific operations targeting the Northwest Seaport Alliance and/or Oakland are on the drawing board. Senior executives of both ports have signalled that they have been having talks with carriers.

The current shuffling of services can have a positive impact on transit times, depending on the final destination of the cargo, said Mr Imbriani.

“The concern is to know of any changes before we book cargo, so we can determine if the change will be beneficial. We also need to compare the time savings with any additional inland costs.”

He added that recent weather had been a contributing factor, owing to its impact across the US and lately also some Gulf ports like Houston. On Tuesday, rail operator Union Pacific shut most of its intermodal network for 72 hours in the Pacific North-west and the Midwest into Texas. BNSF has continued its intermodal operations but warned customers of delays.

“We need to consider this when looking at an alternate port, and how not only costs but weather can affect the inland part of a move,” Mr Imbriani said. “We are working with customers to help them understand the issues and also look to see if they can temporarily adjust the order cycle to allow for possible delays.”

“Another factor increasing in concern is an increase in demurrage and detention charges by the lines/terminals, even when they are contributing to the delays in availability.”