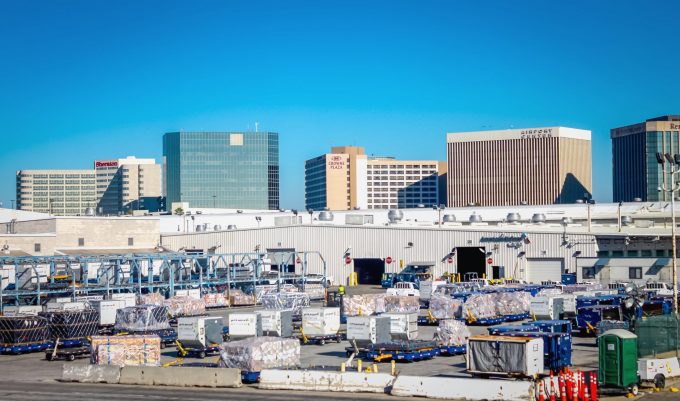 One of the major gateways for international air cargo is set for a sweeping overhaul of its cargo infrastructure.

Los Angeles World Airports (LAWA) has invited proposals for the modernisation of its cargo facilities at LA International (LAX).

Other major US gateways like Miami, Dallas/Fort Worth and Chicago have made recent upgrades to their cargo infrastructure, or are in the process of doing so, while aspiring second-tier airports like Philadelphia or Pittsburgh are also investing in new cargo buildings.

For forwarders in Los Angeles, LAX has been a long-standing source of frustration, both in terms of access to the cargo areas and the cargo facilities themselves.

Kent Hindes, senior director of global commercial real estate services firm Cushman & Wakefield, noted that many of the airport’s cargo buildings are well past their prime. A few were built around the turn of the century, but much of the infrastructure dates back to the 1950s.

An assessment LAWA carried out last year concluded that many facilities were “not compatible with current industry operating standards” and there were a number of “roadway and airside issues that may limit optimisation”.

LAWA also needs to expand capacity. Last year the airport handled over 2.97m tons. Air cargo in the region is forecast to rise at 2.6% CAGR to reach 7.7 m tons in 2045.

One industry executive noted that the volume that passed through LAX last year was twice as much as that of New York’s JFK airport, while 20 years ago, their volumes were at parity, he said.

LAWA is now preparing for a sweeping overhaul. It’s ‘request for proposal’ (RFP) says: “The opportunity is a globally unprecedented, campus-wide redevelopment to transform LAX into a state-of-the-art cargo centre.”

The redevelopment will start with a limited phase one, but eventually much of the current infrastructure will be replaced.

One of the major objectives applicants have to address is LAWA’s desire to optimise land footprint. The current set-up comprises three primary cargo areas, with 27 buildings with a combined footprint of about 2.6m sq ft of building space and 3.5m sq ft of ramp space for 37 widebody freighter positions.

LAX is currently served by 23 cargo airlines, in addition to the armada of passenger carriers flying in and out.

LAWA wants the modernisation to consolidate cargo facilities and shrink the cargo footprint, which suggests the airport may end up with fewer cargo areas. The RFP also expresses a desire to co-locate compatible facilities (‘to the extent feasible”), possibly by carrier type – belly carrier, freighter airline and express operations.

It also calls for the use of advanced technology, which will be necessary to marry the objectives of shrinking footprint and boosted capacity. “LAX is land-constrained,” said Mr Hindes.

Miami Airport, which has the same predicament, has opted for a vertical concept – the first in North America. The concept is on the advance in off-airport locations, Mr Hindes said, pointing to a couple of such facilities Prologis has built in Seattle. The developer is currently completing four multi-storey facilities in the Inland Empire, he added.

But he has reservations about the concept on-airport, adding: “The principal aspect for cargo at an airport is speed. How much congestion is going to occur in a three- or four-storey facility?”

In addition to the overhaul of the cargo areas and buildings, there also has to be a concept for truck staging and metering.

The plight of truckers serving the port complex of Los Angeles/Long Beach has led to ...

Air cargo volumes are considerably down on a year ago, but trucks are having to ...