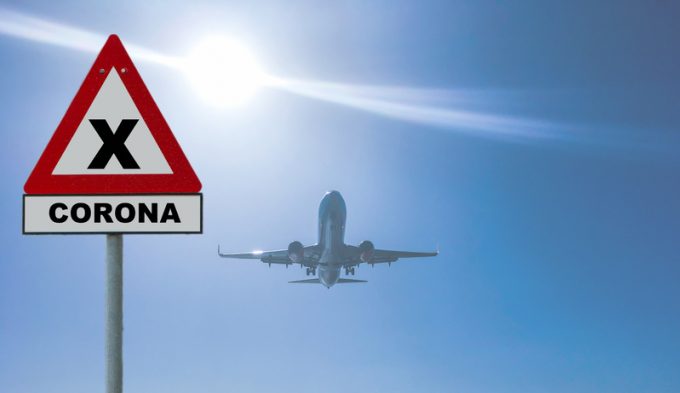 Concern is mounting about supply chain disruption from the rising number of Covid-19 infections in the US, just as the air cargo industry is getting ready to play a key role in the distribution of vaccines.

These worries are most pronounced around air cargo flows, but other modes are also giving cause for concern.

A spate of cancelled transpacific cargo flights to Los Angeles International Airport (LAX) has highlighted the problem. According to reports, dozens of freighter flights to LAX have been scrapped and Air China has suspended service to the gateway until 10 December in response to an outbreak of Covid-19 at the airport.

And there are a number of other places where the rise in infections, or fears of infection, have affected flows, reported Bob Imbriani, vice-president international at Team Worldwide.

“Capacity has been reduced in several airports, especially on the west coast,” he said, and on the east coast, Team has its eyes on New York’s JFK gateway.

“There is not much so far, but it could be affected,” Mr Imbriani said.

One major concern is the rising number of pilots contracting Covid-19. Over the recent Thanksgiving weekend, Delta cancelled almost 600 flights in four days, citing pilot sickness, and according to the Air Line Pilots Association, sickness levels among union members were up 113% in November.

The pilots’ union had warned in late November that conditions were worsening, with many cargo pilots at, or near, their physical and psychological limits. But the US Federal Aviation Administration said it had not found evidence that fatigue was creating a risk at cargo operators.

Cargo pilot unions, notably those representing flight crews at UPS and FedEx, have been vocal about the problem. The Independent Pilots Association (IPA), which represents some 3,000 members at UPS Airlines, said 100 pilots had contracted the coronavirus in November, twice as many cases as were registered between March and the end of October.

The IPA had criticised UPS, calling its activities in regard to testing, contact tracing and notifying employees exposed to infected colleagues, inadequate. While tests are available to crews on international routes coming through most of the integrator’s gateways, there have been no tests for international flights through Miami or Ontario, according to the union.

While the air cargo sector has seen the most pronounced problems of Covid-19 affecting operations, ocean freight has also been hit, especially at the big gateways on the west coast, Mr Imbriani noted.

In the state of Washington, the decision by the longshoremen’s union to ban the migration of members between different ports to prevent the spread of Covid-19 has affected the ability of ports to adjust to spikes in throughput, reported Alex Strogen, chief commercial officer of Port of Vancouver, which has dealt with a record volume of wind energy shipments this year.

And, said Mr Imbriani, surface transport has also been affected, albeit to a lesser extent. Class I rail operator CSX registered a rise in cases recently, particularly in the Midwest. Rail unions have argued that the carriers had been inconsistent in the application of safety precautions.

In all these cases, the impact from Covid-19-related reductions in available manpower is exacerbating tight capacity stretched by strong demand, which is forcing shippers and forwarders to be more agile and flexible.

If rising infection numbers were to seriously crimp capacity – especially on the airfreight side – the distribution of vaccines would become even more challenging than it is already expected to be. And for shippers of other cargo, this would entail more challenges getting their traffic to destination.

More than 2,800 Covid-related deaths were recorded in the US on Wednesday, a new record, as well as more than 200,000 new cases.