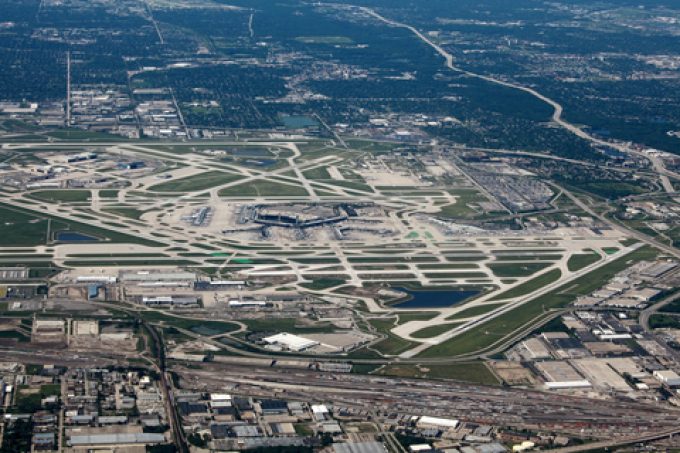 Warehouses and distribution facilities near major airports enjoy an average rent premium of nearly 20% over non-airport warehouses, according to a study by industrial real estate firm CBRE

CBRE analysts scrutinised rents around the 20 busiest US airports and found rents for warehouses in a five-mile radius on average were 18.8% higher than the average for metropolitan areas.

Around the top five US airports, the rent premium is 25% or higher.

Locations near Los Angeles International Airport scored the highest premiums, averaging 36.8% higher rents. Next came warehouses near New York’s JFK, with a 34.6% premium, Miami (24.6%) and Chicago O’Hare and Philadelphia (both 23.5%).

Kent Hindes, senior director of commercial real estate services firm Cushman & Wakefield, noted that the top three airports were land-constrained, with no room to develop cargo areas beyond their perimeter.

At the same time, a growing number of companies feel a need to have facilities near airports. The biggest driver for this has been e-commerce, according to CBRE. A need for shorter transit times is also fuelling this trend, its analysts added.

“The immediacy of e-commerce deliveries and the generally faster pace of business now than in past decades, among other factors, have made airport warehouses a critical link in many supply chains,” said John Morris, CBRE Americas’ president of industrial & logistics.

About two years ago, southern California saw an influx of 3PLs looking for warehouses with footprints of 500,000 or 600,000 sq ft to house inbound flows of goods for major Asian e-commerce providers, said Mr Hindes. This trend appears to have subsided over the past six months, he added.

More and more shippers also see a need to set up facilities on-airport, or nearby. Edmonton International’s tenant base has grown in recent years to include a large producer of cannabis as well as fashion brand EmmyDeveaux, which was launched four years ago.

RIOgaleao, operator of Rio de Janeiro’s Tom Jobim International, has been in talks with a large dairy producer interested in taking space in a new warehouse at the airport. The company’s airfreight needs are marginal, but the airport’s proximity to the city’s port and downtown area appeals to its management, reported Patrick Fehring, RIOgaleao’s director, aero business.

However, it is mainly 3PLs that are looking for facilities near major airports, CBRE found. They account for 42.7% of leasing activity in these markets, followed by retail and wholesale companies, with 32.2%. At 5.2%, food and beverage companies are a distant third.

In terms of overall warehouse rentals across the wider US, 3PL market share is at 35.6% – significantly lower than their presence near major airports. According to CBRE’s analysts, this difference reflects the increasing outsourcing of airfreight handling by shippers to 3PLs.

They do not anticipate any change in this trend in the near future, nor do they see a decline in the rent premium on the horizon.

“Rents for these properties will continue to exceed their market averages for the foreseeable future,” Mr Morris predicted.

However, Mr Hindes remains unconvinced that the air cargo sector is the biggest driver of the elevated rent premiums near major airports.

“The top three airports [in terms of rent premiums for nearby warehouses] are located within five miles of major [sea] ports,” he pointed out. “No doubt the airport is accretive, but you also have to consider other factors, like density of population and influence of the port.”

One of the major gateways for international air cargo is set for a sweeping overhaul ...

Latin America Cargo City (LACC), at Montevideo Carrasco International Airport, is set to ramp up its ...