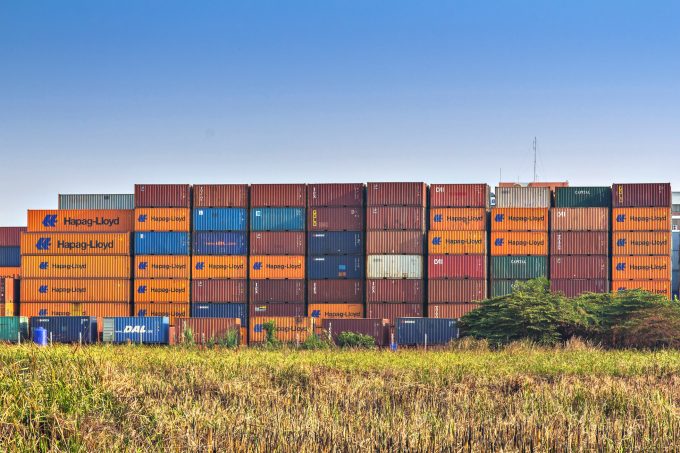 The Global Shippers’ Forum (GSF) has warned that the “biggest issue since VGM [container weighing]” is on the cards.

This week GSF met with the International Plant Protection Convention (IPPC) in Arizona. IPPC is investigating concerns that parasites and other invasive species are being spread globally on the outside of containers, contributing to the demise of local ecodiversity.

“It’s a big issue,” said James Hookham, secretary general of GSF. “There is heightened anxiety that contaminating species are travelling on containers via bird poo, snails and parasites.”

The GSF, along with the World Shipping Council, is presenting to the IPPC in Tucson this week, to explain the container supply chain.

“We want to help the IPPC understand how complex it would be to legislate on the cleaning of the outside of containers, and instead promote awareness of the issue through self-regulation,” added Mr Hookham, speaking to The Loadstar on the sidelines of the TIACA ACF in Toronto last week.

“A container can be in a yard for two weeks, then on a chassis, then at the terminal – contamination can happen anywhere.”

North America, Australia and Japan have all expressed concern over the issue and the fear among the maritime industry is that the UN or governments will attempt to regulate.

“It could become like the IMO or VGM rules. Everyone will have to do it, and there’ll be confusion and frustration.”

Sean Van Dort, chairman of the GSF board, noted that shipping lines already added a “washing charge” for the inside of a box of between $25 and $75.

“The biggest scandal in shipping is the washing charges. When it suits a shipping line, the container is seen as an extension of the ship. But shippers get a washing charge – and washing doesn’t always happen. Ultimately the consumer pays.

“We do not want an inside and outside washing charge. We want an all-in rate that would include it. You don’t see passengers on an aircraft paying extra for fumigation in countries where it is required.

“But the existing code of practice, CTU, if followed would help to prevent the problems instead of there being new regulations dropped on the industry.”

Mr Hookham added: “No one is going to argue that this needs taking seriously. But this could be confrontational – or perhaps this will be the first time we have an adult conversation with the shipping lines.

“But the opportunity for the imposition of additional charges is rampant here.”

GSF acknowledged that it had had a chequered past relationship with the World Shipping Council.

“We would love to have the same conversation with the shipping lines that we have with airlines – but we don’t.”

The GSF is campaigning for an all-in rate that is only levied against the contracted buyer of shipping line services.