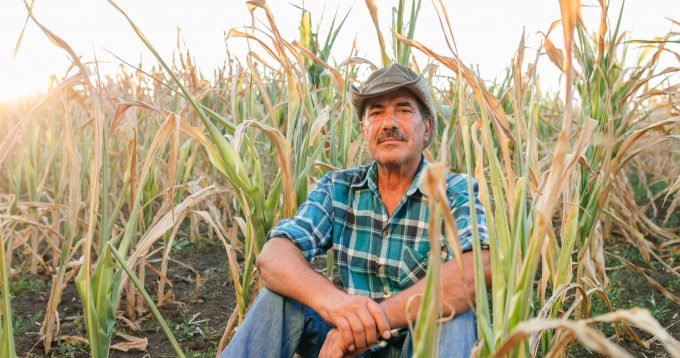 Increasingly frequent extreme weather events and supply chain disruptions are affecting the flow of food to US markets, resulting in a rising call for fundamental changes.

In May, cherry growers in the US Pacific north-west were on course for a bumper crop, but the heat that afflicted the region in June took a toll on the harvest.

According to recent estimates, the region will still produce an average-size crop, but 20% lower than predicted in May.

The heatwave is also raising questions marks over the strawberry and blueberry crops in the Pacific north-west and western Canada, and white wheat, another export from the former and popular in Asia, has suffered damage from the extreme temperatures.

Growers were hoping for a repeat of last year, when China took record volumes of this wheat, but now farmers expect to harvest half as many bushels per acre as last year.

On the Canadian prairies, the situation is equally desperate: according to the latest crop report from the provincial government of Saskatchewan, many crops are scorched, stunted and thin, and farmers are facing irreversible crop damage. By some estimates the harvest may yield as little as 25% of that anticipated before the heatwave set in.

As a result, prices of Canadian wheat, canola and barley are up. So is the wholesale price of Brazilian coffee, hit by a record drought. With as much as one-third of global coffee supply originating in Brazil, the spike of almost 60% in the price of arabica beans will hit coffee drinkers around the globe.

The rising frequency of extreme weather events affecting crops has reinforced calls for more diversified food supply chains. In a recent interview with SupplyChainBrain, Phil Renaud, executive director of the Risk Institute of Ohio State University, said food suppliers needed to line up alternative sources and have to re-think the just-in-time concept.

The idea of a more diversified food supply chain is not new, as companies have routinely dealt with adverse harvest conditions. However, the scope of the impact from a situation like the drought in the western US on the national market is challenging to compensate for with imports from other regions, Mr Renaud pointed out.

He stressed that there needed to be strategic planning for climate change and its ramifications for food supplies.

In addition, many economies are also facing a shift in food supply chains as restaurants re-open. Their abrupt closure and concomitant surge in demand from grocery stores proved challenging in the early stages of lockdowns last year.

The shortage of semiconductors for automotive production, after manufacturers had shifted output to other industry verticals, suggests a resurgent restaurant sector could strain food supply chains in a similar manner.

According to Prijesh Ranjan, CEO of Vorto, which offers an AI-driven supply chain platform, the “complexity and interconnectedness” of global food supply chains requires new systems and tools. Traditional supply chain management methods are out of date and untenable, he argues.

As a result of their complexity, problems spread rapidly through food supply chains, but there is no capacity for real-time response, he says. To overcome this, artificial intelligence is needed, as this can identify problems earlier and result in a self-managing supply chain.

For US agriculture exporters, a more burning issue is access to vessel capacity to export their crops. The Washington Apple Committee has received reports from members of problems getting space and containers being rolled.

According to a CNBC report in March, carriers rejected at least $1.3bn worth of US agriculture exports between July and December last year. Industry groups like the Specialty Soya & Grains Alliance (SSGA) have lobbied vocally for support from Washington to ensure ocean carriers make capacity available to US food exporters.

According to the SSGA, Asian buyers of food-grade soy have started looking to alternative sources, so any ongoing lack of shipping capacity will result in lost customers for US growers.

CNBC: The SEC wants to regulate an obscure product known as a swap execution facility. Here’s why

CNBC reports: The Securities and Exchange Commission has voted unanimously to propose a rule for the ...

CNBC reports: Oil prices popped more than 4% on news of the military operation on news ...

CNBC reports: – Walmart’s e-commerce chief Casey Carl is leaving the big-box retailer, according to a ...