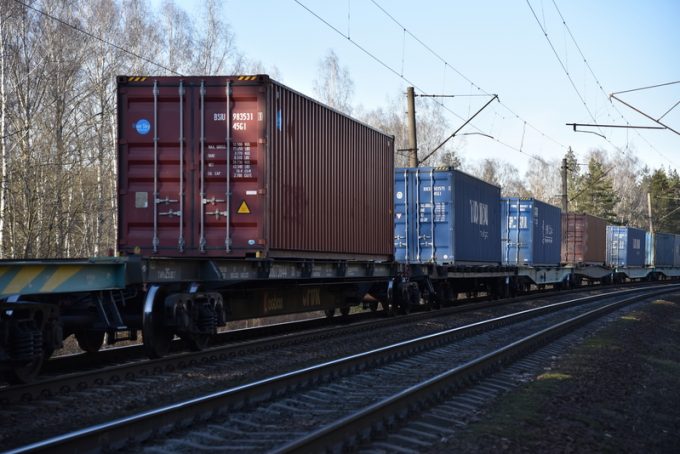 As ocean freight rates from Asia to Europe begin to show tentative signs of declining, there has also been a “softening of buying rates post-Chinese New Year on China-Europe rail services, according to UK forwarder Davies Turner.

As a result, the company has reduced less-than-container load (LCL) rates for its Express China rail freight service, the only direct weekly fixed-day intermodal service between China and UK.

Head of ocean Tony Cole said: “Our weekly LCL volumes on the overland rail freight service have increased from just two high-cube 40ft consol containers a week when we started the service in 2018, to six or seven now.

“The new rate of $300 per 500kg/1 cu metre will become applicable from mid-March and delivers a reduction of $70 on the current rate,” he explained, adding that as a result of new rail services being launched in China, Davies Turner was also recommencing its FCL service on the trade.

“The impact of the Covid-19 pandemic on air freight capacity and the well-documented, problems in the deepsea freight market have seen more and more shippers, traders and co-loading freight forwarders taking advantage of the cost and time savings, as well as the greater reliability, of our intermodal overland option.”

While The Loadstar understands that delays of 14-21 days are currently being seen on some China-Europe rail services, largely due to clearing up a post-Chinese New Year cargo backlog and changes to some rail schedules, Mr Cole said there had been no delays on its Wuhan-Duisburg link, with trains often achieving a transit time of 18 days to the German trimodal hub.

After arrival in Duisburg, Davies Turner-controlled boxes are trucked under bond to Rotterdam and shipped unaccompanied on CLdN’s daily ro-ro service to its Purfleet terminal near London, and then on to one of its five UK distribution centres.

“With a transit time of around 24 days from China to the UK, our direct weekly Express China Rail service for consol and FCL traffic continues to offer a reliable and much faster service versus the all-ocean alternative from ports on China’s north-eastern and eastern coasts,” he said.

In a separate development, last week saw Maersk complete its first Japan-UK container rail service, part of its efforts to expand its AE19 Asia-Europe rail service from the Russian Far East to St Petersburg, with boxes transferring to vessels at the Baltic port.

“Since its start two years ago, this is the first time our AE19 service is making the full-size container train shipped with goods solely from Japan,” said Zsolt Katona, head of Maersk Eastern Europe.

“Transit from Asia to Europe via Russia is becoming a more attractive alternative to shipping goods via the Suez Canal, even for such seaborne routes as Japan to the UK. We are confident the progress we made jointly on AE19 expansion last year, together with Russian Railways and our partner Modul, will continue the growth trajectory of trans-Siberian transit in 2021,” he added.