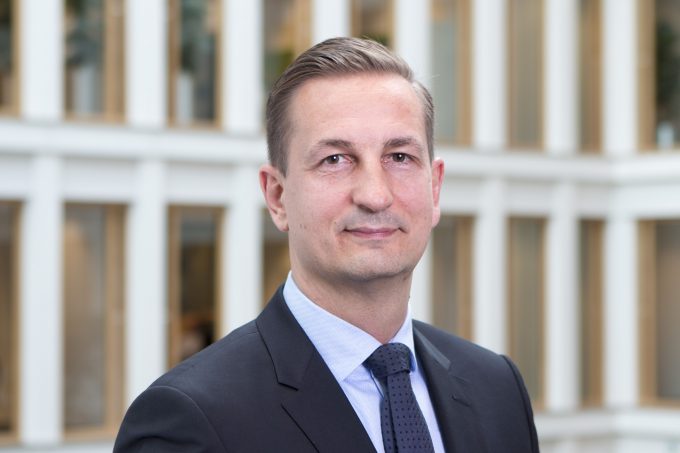 The direction of APM Terminals’ move into hinterland container logistics services became clearer this week, after it announced plans to invest in warehouse facilities to serve shippers and freight forwarders.

The company has a vision of becoming a port services integrator and, on the sidelines of this week’s TPM conference in Long Beach, chief operating officer Henrik Lundgaard Pedersen said the next phase of its investment programme would be focused on serving its landside customers – shippers whose cargo passes through its global facilities.

“We have four main container terminal expansion projects under way – Moin in Costa Rica, Vado in Italy, Tema in Ghana and Tangiers in Morocco – and once these are completed, our focus in terms of capex will be on optimising our terminals and the way they interact with the hinterland.”

Whereas previously the operator’s inland services were run by just one executive, a new team has been hired, headed by Dries van Dongen as global head of landside customers and inland services.

“When [our parent company] Maersk talks about being a global integrator of container services, that is end-to-end. Our part of that is to make sure the cargo moves in and out of our terminals on the landside in the most efficient way,” Mr Lundgaard Pedersen said.

At its Buenaventura terminal on Colombia’s Pacific coast, shippers deliver coffee and sugar exports in bags, and APMT has been stuffing these into containers in the terminal yard.

“Similarly, we have de-stuffing at Asian container import yards before the cargo is released inland.”

In contrast, in Chile and Peru the company has set up operations to stuff containers at shippers’ premises – a copper mine in Chile and at a large food plantation in Peru – before they are transported to the sea ports.

This has led to supply chain coordination between different parts of the Maersk group: at an inland APMT facility in Thailand, there are Damco employees working on container logistics on behalf of some automotive suppliers.

“Ultimately, it doesn’t really matter whether it is a Damco or APMT employee performing the tasks.”

The initiative comes as the company seeks to secure cargo flows through its facilities, and Mr Lundgaard Pedersen revealed that landside problems at some terminals had led to some shippers refusing to contract with lines that called at those ports.

“We had an instance this year when a shipping line said they wouldn’t be using our terminal because their largest customer didn’t want to use our facility.

“The line allowed us to talk to the shipper, propose new solutions and eventually we won that service,” he told The Loadstar.

But he was quick to dismiss possible carrier fears around allowing AMPT to talk to their shipper customers, given that the terminal operator is part of the same group as Maersk Line.

“Shipping lines are allowing us to talk to their customers, and the day we use that position to swing a BCO to Maersk Line is the day we become a very different company. Around 40-45% of our global business is with Maersk Line and if Maersk Line was our only customer we would go bankrupt.”

He said that capex would now be focused on building warehouses, both adjacent to its box terminals and at inland locations, as well as investing in smaller handling equipment to operate those facilities and IT to process logistic movements as its inland services build up.

Although it has yet to disclose separate financial results for inland services, Mr Lundgaard Pedersen indicated that this would change at it its next quarterly results.