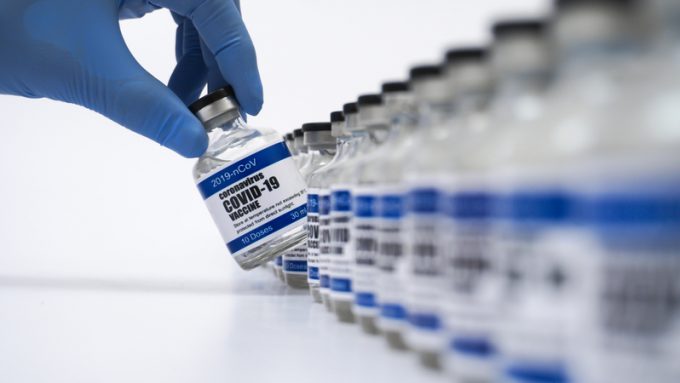 The air cargo industry is not ready for what one of Tiaca’s directors described as the ‘biggest product launch in history’, the distribution of Covid-19 vaccines.

Tiaca and Pharma.Aero conducted a survey last month which found that only 28% of respondents were ‘well prepared’ for the undertaking, while 19% described themselves as ‘very unprepared’.

On a preparedness scale of one to ten, the survey produced an average of 6.32, with the biggest area of concern being the handling and storage of vaccines that require deep refrigeration.

“Only 15% say they can handle vaccines that require minus 80 degrees storage,” reported Cheemeng Wong, a Tiaca director and senior VP cargo services of ground handler SATS.

The survey revealed concerns about a number of risks, from temperature excursions and lack of visibility, to capacity shortages and insufficient cool chain ground infrastructure.

Members of the panel presenting the results of the survey stressed the need for industry-wide collaboration and communication.

“We are not prepared yet,” said Neel Jones Shah, also a Tiaca director and executive VP and global head of airfreight at  Flexport. “One of the biggest fears is that we don’t connect the dots. Airfreight is a relay race with many stages.”

Emir Pineda, trade & logistics manager at the Miami-Dade Aviation department and also a Tiaca director, emphasised the need for the vaccine manufacturers to involve all logistics providers as early as possible.

But, as Mr Jones Shah pointed out, this is something that does not come naturally to the pharmaceutical industry, which is used to playing its cards close to its chest.

The true level of preparedness of the air cargo sector will only become evident when vaccine production is actually ready to start in earnest. At this point it is difficult to make projections about needs and requirements, because there are too many open questions, said members of the panel.

For one thing, it is unclear which vaccines will be licensed first, which will determine where production will get under way first. And, alongside national distribution by governments that have signed purchase agreements for large orders, this will also determine how much will be carried by road as opposed to by air.

However, it is possible to make predictions about the airports where they would be moved to. Mr Jones Shah expects all the major gateways to be involved, but he also sees a role for cargo airports.

“Airlines are going to go to airports where the infrastructure is adequate, to airports that offer easy ingress and egress,” he added.

He does not anticipate problems with customs clearance in the developed nations, but in developing countries, where security would play a larger role, this could be an issue, he said.

And just how much airfreight capacity will be needed is also still unclear, notwithstanding IATA’s prediction that some 8,000 747 freighters would be required to move vaccine for the global population. For one thing, this projection assumes a single-shot vaccine, whereas most of those in advanced stages of trial are designed for two injections.

Moreover, there are no clear indications yet how the vaccines will be packaged and how much dry ice will be needed.

“There will be regional shortages,” Mr Wong predicted, noting that 10% of the survey respondents indicated that they could not handle this traffic.

Rather than a short, frantic rush to supply vaccines around the world within days, the global distribution will require an extended effort. According to some estimates, global manufacturing capacity currently stands at about one billion units of vaccine – far short of the planet’s population. By the end of 2021, production capacity is expected to reach 8-9 billion units.

“This isn’t a four-week effort. This is going to be an 18-month project,” Mr Jones Shah said. “Maybe there will be a surge in the beginning, then a more regular cadence of shipments. We’re in for volatility for sure.”

Flexport, which currently does not handle pharmaceuticals, is trying to educate its customers about the ramifications of the impending campaign and urges them to hone their long-term forecasting tools.

“There will be no idle capacity sitting around in case you got your forecast wrong,” Mr Jones Shah said. He also urged clients to consider alternative scenarios, such as taking premium ocean cargo into the mix, or changing distribution strategy.

It would seem both vaccine and general cargo shippers are in for a bumpy ride.