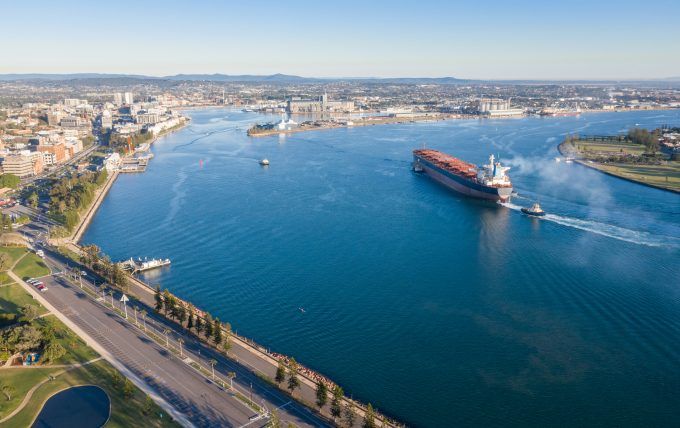 Australia’s competition authority the Australian Competition & Consumer Commission (ACCC) is considering an appeal against a federal court ruling it claims will reduce competition between ports.

Any appeal will need to be lodged by tomorrow to meet the 28-day rule, unless the court agrees an extension, following the judgement given on 29 June, but only made public last week.

The original court case, instigated by the ACCC in 2018, judged whether a deal between the state of New South Wales (NSW) and Port Botany and its subsidiaries was illegal.

The NSW Government privatised Port Botany and Port Kembla in May 2013 and agreements, known as port commitment deeds, were entered into as part of the privatisation process.

The Botany and Kembla port commitment deeds oblige the state of NSW to compensate the operators of Port Botany and Port Kembla if container traffic at the port of Newcastle exceeded 30,000 teu a year, with adjustments made for the annual growth rate. The deal was meant to last 50 years, but was renewed when the port of Newcastle was privatised just one year later.

The ACCC argued that the port commitment deeds were anti-competitive and therefore illegal, but the judge at the federal court disagreed and ruled in favour of the NSW state and Port Botany.

ACCC chair Rod Sims said: “This judgment provides an enormous hurdle for the port of Newcastle to develop a container terminal to compete with Port Botany and Port Kembla, because of financial consequences arising from the deeds. Less competition usually results in higher charges for businesses and consumers.”

Under the deeds agreed by NSW and its terminal operators, the state would pay the port handling fee for every container handled over the 30,000 teu cap, effectively doubling the cost of moving containers at Newcastle.

“We alleged that making these agreements, containing provisions which would effectively compensate Port Kembla and Port Botany if the port of Newcastle developed a container terminal, was anti-competitive and illegal,” Mr Sims said.

He added that agreements such as the port commitment deeds offered port operators in NSW “an effective monopoly for the next 50 years”.

Meanwhile, the port of Newcastle has vowed to push ahead with its container terminal expansion plans, arguing that the development is “vital for future efficient terminal operations in the region”.

Port CEO Craig Carmody said: “Any suggestion that Newcastle wouldn’t proceed to build the container terminal if the restrictions were lifted are baseless and misleading. Port of Newcastle maintains its real-world view that a container terminal is entirely viable – and necessary – at the port.

“The judgment clearly accepts that port of Newcastle has the ability to compete in the same market as Port Botany. The only factor preventing the port from building the container terminal is the unfair restrictions placed on container movement above a teu cap at the port of Newcastle.”

Competition authorities in Australia have opened a joint investigation into box terminal and shipping line ...