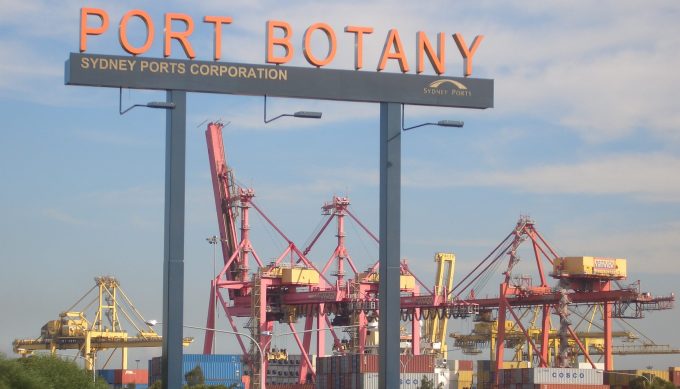 Speaking exclusively to The Loadstar, ACCC Chair Rod Sims argued that the conditions for the privatisation of Australia’s largest facility, at Port Botany and Port Kembla, created an anti-competitive market that would ultimately harm Australian consumers, importers and exporters.

“When you have lots of competition within a market you get lower costs, it improves efficiency and you get lower prices,” said Mr Sims, who has been evaluating the recent decision by the Federal Court to dismiss the ACCC and Port of Newcastle’s claim of restrictive practices in the NSW port industry. A decision that the ACCC will appeal it announced on 28 July.

On 29 June, Australia’s Federal Court ruled that the deal struck between NSW and the private entity NSW Ports, whose shareholders are pension funds and investment vehicles, was not anti-competitive because there was no prospect of the port of Newcastle building a container terminal and therefore, the PCDs were merely a protection of NSW Ports’ investment and not anti-competitive.

Port of Newcastle, 50% owned by Hong Kong-listed China Merchants Port Holdings since 2014, rejects the assertion that there is no prospect of container terminal being built at its port.

CEO Craig Carmody believes a container terminal is an important step for “the future of the region, NSW suppliers, and the economy”.

In addition, the ACCC, in its appraisal of the court’s verdict, said: “Privatising assets without allowing for competition or regulation creates private monopolies that raise prices, reduce efficiency and harm the economy.”

Mr Sims added that there was a need to “either avoid monopolies, or if not then regulate them, to prevent costs to the economy arising from unfettered use of their market power”.

He went on to admit that the regulator had first heard about the PCD clauses when the local paper published the story sometime after 2013 and 2014, when the PCDs were signed. And there was no chance of the regulator intervening to avoid the monopoly.

Privatisation of Port Botany and Port Kembla occurred in 2013 and the PCDs meant that the NSW authorities would compensate the new owners of the privatised entities if the port of Newcastle handled more than 30,000 teu.

In 2014, when the port of Newcastle was privatised, the new PCDs held that the new owner would compensate the state of NSW if they handled more than 30,000 teu annually. Each of the PCDs has been applied for a period of 50 years.

The cost of the compensation, none of which has been due yet, would be the same wharfage fees per container payable to NSW Ports by its clients, effectively doubling the cost of operating a container terminal.

Under Australian law, the deal did not have to be scrutinised and approved by the federally appointed ACCC as NSW’s governing body had approved the deal at state level.

“We didn’t know about the PCDs until the Newcastle Herald started running stories on the issue,” said Mr Sims. He added there was no competition or merger issue because it was a single entity, NSW, selling to another single entity, so competition was no worse before and after the deal. Furthermore, there is no state level competition authority.

Mr Sims also argues that ACCC and the port of Newcastle does not have to prove that the costs are higher due to the lack of competition, merely that “the purpose and effect” of the PCDs is to prevent competition.

“If you think that someone is choking off competition all you need to show is that the competition is being choked off,” explained Mr Sims. He went further to claim that Port Botany does not want competition and that studies have shown that terminal prices in Australia are higher than Europe and New Zealand.

“The NSW government created this monopoly so the owner would pay more, but the economy lost out,” concluded Mr Sims.

Competition authorities in Australia have opened a joint investigation into box terminal and shipping line ...