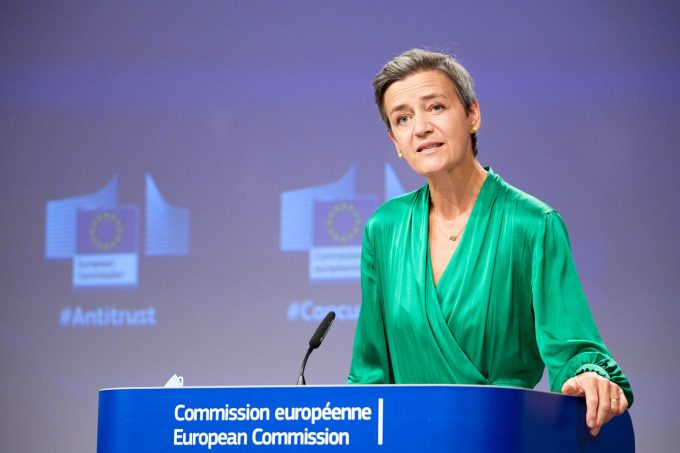 Freight forwarder association Clecat is asking the EC competition directorate to urgently investigate what it claims are “distortions” in the liner shipping market.

Clecat wrote to commissioner Margrethe Vestager calling for the regulator to establish “the degree of concentration, consolidation, coordination, and cartelisation in the upstream container liner shipping services markets serving the EU, and the downstream markets for freight forwarding services”.

Clecat director general Nicolette van der Jagt told The Loadstar that, at the centre of the market distortions was the Consortia Block Exemption Regulation (CBER), which allows significant collaboration between lines, meaning that they can manage capacity in markets, thereby controlling costs.

In addition, Ms van der Jagt said the previous review of the CBER had been “superficial”, which meant that the EC had not been able to “make an informed decision”.

The review into the current CBER is expected to begin in the spring, and Clecat believes the EC “must consider the impact of vertical integration has had on the market”.

Freight forwarders have pointed out that in the period between approval of the current CBER in 2020, there had been major market changes, with carriers establishing record high rates and profits. This has allowed the major lines to “vertically integrate” – to buy into other parts of the supply chain. Notably, entering, or re-entering in some cases, the air cargo market, acquiring major trucking and logistics operators and controlling the supply chain in a way that they have been unable to prior to the pandemic.

“It is time the EC restricted the scope of the alliances, and we need clarity on the information exchange digitalisation has brought about and a look at capacity management,” explained Ms van der Jagt.

James Hookham, a director at the Global Shippers’ Forum, said the CBER had “poisoned the atmosphere between the lines and shippers”, with carrier clients making an assumption that there was some untoward activity. And he believes the shipping lines’ “creative management of capacity is often lost on regulators. They say we looked for collusion, but didn’t find any,but the regulator has been too generous with exemptions”.

Meanwhile, in a move announced today, Canada, the US, Australia, New Zealand and the UK have established the Five Eyes competition collaboration, which, in the words of the Australian Competition & Consumer Commission, will add to, “Global efforts to prevent anti-competitive conduct from occurring in the supply and distribution of goods.”

Notable by their absence from the group are EC and Asian competition authorities – all the top 10 container lines are headquartered in either Asia or Europe.

And Reuters reported yesterday that the “US Justice Department’s antitrust division and the FBI announced an initiative to detect and prosecute companies that take advantage of supply chain disruptions to collude with rivals in order to raise prices”.

In Australia, forwarders have seen a concerted effort by carriers to shift their focus to shippers, with a view to cutting out freight forwarders from the market, according to one forwarder The Loadstar spoke to. He alleged that Maersk had completed a deal with the major shipper K-Mart to handle all 160,000 containers from the shipper, with an agreement by the Danish carrier to give it priority rates.