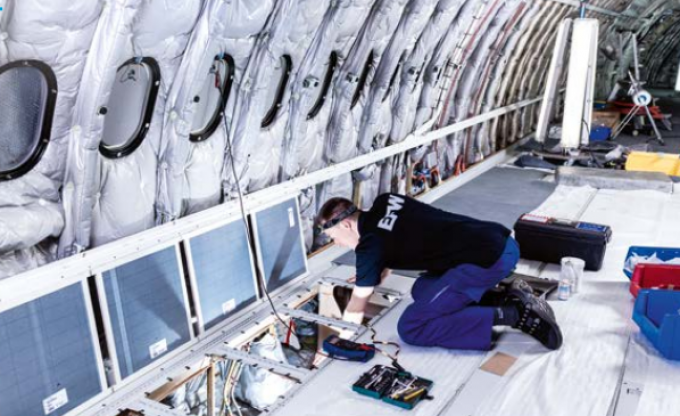 The narrowbody freighter segment is moving closer to enjoying another aircraft type on the scene.

Elbe Flugzeugwerke (EFW), the joint venture of Airbus and ST Aero, has inducted an A320 and aims to obtain the supplemental type certificate (STC) for it in the first quarter of next year.

Airbus has been accused of dragging its feet on an A320 conversion programme for years, and some had more or less written off the likelihood of an A320 freighter.

However, the announcement from EFW did not come as a huge surprise: the company had booked one conversion slot for this year for an A320.

Theoretically, the launch of an A320 conversion programme could unleash a flurry of narrowbody freighters. According to some observers, the available feedstock is larger than the entire current narrowbody freighter fleet. It remains to be seen how much of the market the plane will garner.

Meanwhile, US-based C Cube has been working on conversion programmes for both the A320 and the A321, but it is unclear how much progress it has made. Last year, it indicated it expected to have STC approval before the end of last year, but has not issued an update since.

Bob Convey, senior vice-president of sales & marketing of Aeronautical Engineers Inc (AEI), doubts the market for the A320 is large enough to support more than two conversion firms.

The US conversion specialist focuses largely on the 737, but it is also turning MD-80s and CRJs into all-cargo configuration.

Mr Convey thinks the A320 freighter is arriving too late to take a large slice of the market, as operators prefer the larger Boeing 737-800.

An A320 freighter would be able to carry ten AAA pallets, plus one PAG ULD, on its upper deck and another seven on the lower deck. That’s one fewer pallet position on the main deck than the B737-800 all-cargo plane.

In terms of capacity, an A320F would be in line with the B737-400, which is still seeing demand, but the interest has shifted to the 737-800, Mr Convey said, adding that 737 operators were very much entrenched in the Boeing type.

He regards the A320 as a niche player, similar to the 737-700, which has not garnered a lot of orders for conversion. AEI does not work on the 737-700, but other conversion specialists have the type in their programme.

“It’s smaller and works in markets like Alaska, where you have short runways, or on thin routes and for doing missions,” he said. In his opinion, the most promising avenue for the A320 is via operators that are flying A321s and want to supplement these with a smaller model.

Richard Greener, senior vice-president and manager of the Cargo Aircraft Group at GE Capital Aviation Services, also sees operators of other Airbus planes as the most likely market for the A320 freighter.

“Depending on operational payload and performance capabilities, the A320-200F could work for combination carriers that already operate Airbus aircraft,” he said.

Not surprisingly, EFW and C Cube are more upbeat. C Cube anticipates demand for up to 500 A320 cargo planes over 20 years, while EFW has confidence it will take over “a big part of the narrowbody market” over time.

Vallair, the first taker of a converted A321 last year, intends to add the A320 to its line-up, but has not signalled when. Initially, it wants to concentrate on the A321.

The A320 is still at least two years from entering the market, and in the meantime the 737-800 freighter is charging ahead. A week ago, Boeing celebrated the delivery of its 50th converted 737-800. AEI is going full throttle.

“We’re sold out for this year,” Mr Convey said. “People have started to scramble for slots in the first quarter of next year.”

The UK government-funded FlyZero project is eyeing hydrogen as the main driver of carbon-neutral passenger ...