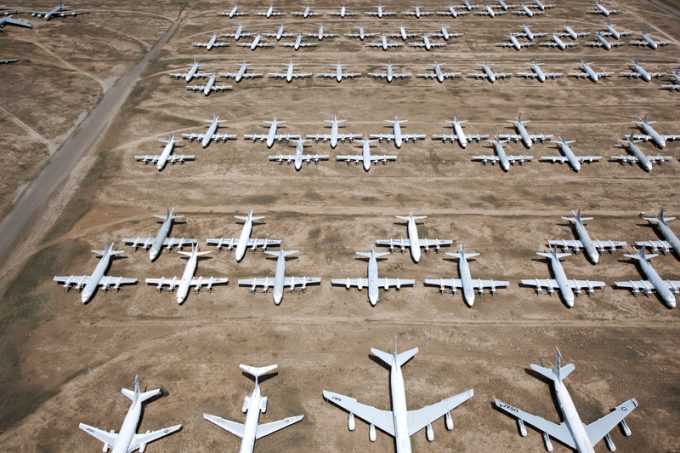 The dearth of air freight capacity has led to an increasing number of offers for freighters that either do not exist, or are parked in the desert not ready to fly.

“Customers are shopping around as current charter rates are so high. They then get offered a ‘bargain’, accept the offer, and in some cases pay a deposit, and then wait for contracts to come that never arrive because the aircraft never existed.

“There are people on LinkedIn that, when you dig deeper, are not aircraft owners or operators. Unfortunately, Covid and the current peak has brought a lot of sharks and scammers into our industry and there are some very naive customers who have little to no experience of chartering aircraft and are not availing themselves of the experience of the established brokers with 30+ years of trading experience.

“People don’t seem to be carrying out the required due diligence and make commitments to their end-customer based on crazy offers, only to be let down big-time.

“Even some ‘legitimate’ operators have been offering availability on aircraft still sitting in the desert or that have not seen completed maintenance checks since being brought out of storage, and they have had to cancel contracted flights as an aircraft isn’t available.”

Of the four adverts offering capacity that The Loadstar responded to this morning, to ask for the registration numbers of aircraft on offer, one replied, saying simply “sorry” and adding a link to a website offering “a second income”. Another said that the registration number was confidential “as our company [is] protecting the owners assets under NDA”.

But Mr Manser warned: “A deal that sounds too good to be true is most likely that. Don’t pay any deposit without checking where the money is going, and anyone with a .gmail or .hotmail address is highly unlikely to be legitimate – or is too cheap to be bothered to set up a web presence/email address.

“We do get the odd offer email now and again and so must our clients,” said Mike Hill, freight director of Air Partner. “It increased at the back end of the PPE rush while there was that scramble for capacity.”

But, he added, there were other scams: “A new phenomenon we are seeing more and more of are outfits that set up fake domains to sound like very well-known airlines and known contacts.

“For example, they add an extra letter into the domain name. And the email address of contacts we know are the same, but just one letter different. Pretty convincing stuff to the undiscerning eye.”

Mr Manser added that people must request all the paperwork.

“There aren’t that many 747 freighters available in the market for sale or long-term lease. Lots of aircraft are parked in the desert, but they need lots of money to bring back into service, plus require heavy maintenance checks to be given an airworthiness certificate in order to fly.”

“People seem to be happy to deal with people who don’t have any web presence or lack a company email address and trading history. But they transfer very large sums of money to these people without any thought on how they might get it back.”

Mr Manser added: “In the meantime, the legitimate capacity out there is being taken up at the high prices based on the current supply/demand factor, with capacity in November very scarce, and carriers are really only interested in trunk routes, which means the offline or remote stations are increasingly harder to get covered with charters.”

Some brokers, including Hunt & Palmer, offer comprehensive liability insurance free-of-charge to cover issues that may arise. The broker also insists on seeing the originals of aircraft documents and that it and its clients are named on the carrier’s insurance.

Mr Hill said Air Partner does extensive checks. “We have a rigorous compliance system here, so it’s no issue for us.

“We know the history and status of all aircraft by their serial number. If a new aircraft appears on the market we do extensive checks before we start to work with it. Also, the airline contacts we deal with we know well and speak to anyway, So we can sniff out the scammers pretty easily.”