News / US east coast ports catch a chill in the downturn 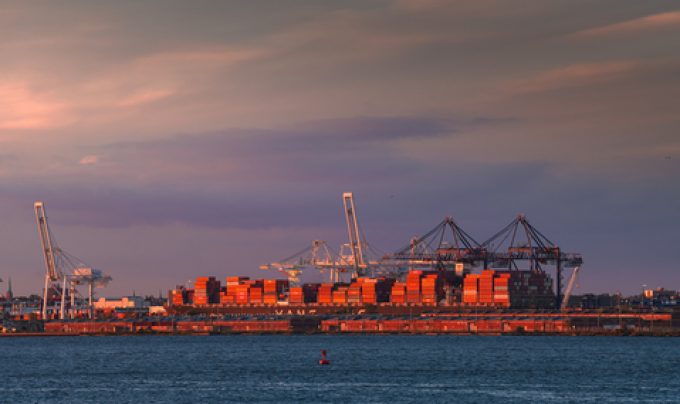 The coastal shift of cargo from America’s west coast to the east and Gulf Coast ports could not mitigate a 10% slump in container import volumes in November at the eastern terminals.

According to the McCown Report analysis of the top ten US container ports, the east and Gulf Coast gateways saw a 9.7% decline in imports last month, compared with November 2021, to 939,766 teu.

Nevertheless, the US east coast terminals fared better than their Pacific coast rivals, where imports collapsed by a massive 26%, to 721,876 teu.

Overall, the top US ports recorded a 17.5% fall in containerised imports last month, compared with last year, to 1,661,642 teu.

“This marks the third straight month of rapidly expanding year-on-year declines that began with August’s modest 0.6% decline and grew to a 5.3% decline in September, prior to the widening gap of the last two months,” said John McCown, author of the report and founder of consultancy Blue Alpha Capital.

Moreover, it is also now taking its toll on the previous cargo expansion at ports on the east coast, where port congestion has now eased considerably.

“The decrease of 9.7% at east and Gulf Coast ports was an abrupt change from the 2.6% increase in October and 7.1% increase in September,” said Mr McCown.

Meanwhile, transpacific ocean carriers have been reacting to the downturn and extremely poor outlook on the tradelane by blanking a substantial number of scheduled sailings from Asia to the US west coast, and now they are being obliged to tighten up their capacity management to incorporate the previously more robust Asia-east coast services.

Indeed, yesterday Maersk advised that, from late January, it was going to implement “service speed optimisation” on vessels plying the transpacific US east coast tradelane.

It said reducing the speed of the vessels it operates in a vessel-sharing alliance with MSC within the 2M, would increase cargo transit times on routes via the Panama and Suez canals by up to two days, but the frequency of sailings would be unchanged by the deployment of extra vessels to the respective loops.

And today, 2M partner MSC followed this up with details of blanked sailings on the route in and around the Chinese New Year holiday, which commences on 22 January.

During week four, the 2M, and partner Zim, will blank three loops from Asia to the US east coast. MSC said its America pendulum loop, operated by the 8,648 teu Columbine Maersk and branded TP17 by Maersk, will not sail, nor will the Pelican / TP88 loop 6,078 teu Zim Pusan and the Lone Star / TP18 loop 5,992 teu GSL Tegea.