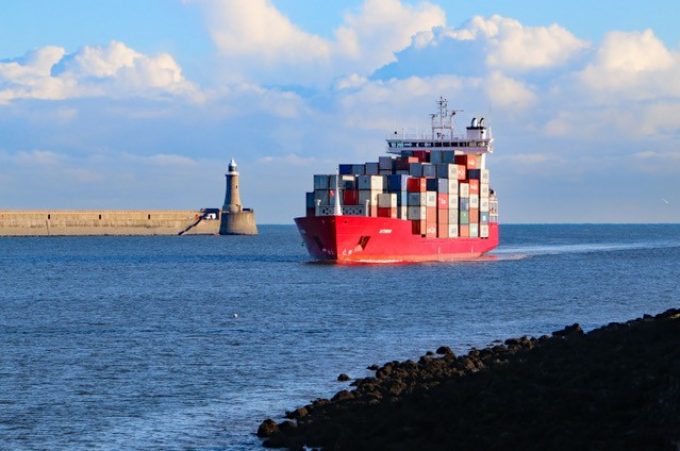 Some of the UK’s largest shippers have written to MPs demanding a parliamentary inquiry into the port congestion crippling the country’s container supply chains.

A letter from the British Retail Consortium (BRC) and Food and Drink Federation (FDF) to Lilian Greenwood MP, chair of the Commons Transport Select Committee, and Angus Brendan MacNeil MP, chair of the Commons International Trade Committee, describes importers as facing “major challenges in building up stock for the Christmas period and for the end of the transition period at the end of December”.

It requests the two committees hold a joint inquiry into “port disruption and [the] functioning of the shipping market”.

BRC chief executive Helen Dickinson explained: “The lead-up to Christmas is the most important time of year for retailers; ordinarily accounting for up a fifth of the entire year’s sales and generating a large part of annual revenues.

“After a tremendously challenging 2020, many firms’ cashflows are under severe pressure, and so businesses are in no position to absorb these additional shipping costs. As a result, consumers will pay the final price. Christmas orders could be delayed and retailers might be left with no option but to increase product prices.

“These issues must be addressed urgently; an inquiry would provide the scrutiny needed to help get our ports flowing freely again,” she added.

The impact of port delays has been equally severe for UK food and drink manufacturers who “face additional cost to source key inputs elsewhere, while also losing sales due to missed retail promotions in the run up to a key seasonal period”, according to the FDF.

One company is reporting lost sales of over £1m “due to the delays”.

Tim Rycroft, FDF chief operating officer, said: “Our members are incurring costs totalling tens of thousands of pounds, and in some cases hundreds of thousands, directly impacting the ability of businesses to build up stockpiles of products and ingredients ahead of the end of the transition period.”

However, Tim Morris, CEO of industry association the UK Major Ports Group, defended ports’ response to the congestion and noted that the issues were not limited to the UK.

“The impact of Covid-19 has put unprecedented pressures on global supply chains. Imbalances have built up over time and there is strong demand globally for many goods sourced from Asia.

Mr Morris also noted that there was still spare capacity at the country’s secondary box ports.

“Ports handling shorter distance container journeys, while busy, have additional capacity. We are in close contact with government and progressing practical measures to increase the flow of containers on and off ports,” he said.

Indeed, ports on the UK’s east coast said they had seen significant increases in box traffic in recent weeks as supply chains sought alternative gateways, such as the South Shields Container Terminal at the port of Tyne.

“To alleviate the supply chain disruption at ports elsewhere in the UK, the port of Tyne has been supporting shipping lines and feeder operators by allocating additional berths to assist in the evacuation of empty containers to north European ports for European consumption.

“This ensures containers are used for loaded export shipments and reduces the number of empty containers shipped back to Asia.

Port of Tyne commercial director for logistics Richard Newton added: “We are here to help everyone in the supply chain including shipping lines, freight forwarders, end users and hauliers, and we want to demonstrate that there has never been a better time to re-configure supply chains and shipping routes into the UK.

“We’re fully open, there’s no congestion, goods are moving freely in and out of the port and we are doing everything we can to help ports in the south-east of the UK. Port of Tyne has extra capacity to further increase our cargo handling volumes and we’re here to keep Britain moving,” he said.

Likewise, ABP’s Humber box terminals at Hull and Immingham have undertaken terminal upgrades in recent months – to the tune of £50m and £33m respectively – and the company’s recently appointed head of commercial (containers), Claire Screen, said the investments “mean we can bring greater flexibility for customers with no forward booking for collections or drop-offs and increased capacity”.

She added: “One of my main goals is to promote the fantastic options ABP’s ports on the Humber provide to international businesses. By moving cargo from southern ports to the Humber, businesses can save thousands of tonnes of CO2 every year travelling to locations within the central east-west corridor.

“Indeed, if businesses ‘think Humber’, this will help safeguard supply chains for traders concerned about potential disruption at ports in the south-east.

“It will also enable traders to reduce journey times by bringing cargo closer to their destinations in the north of England and the Midlands,” she added.