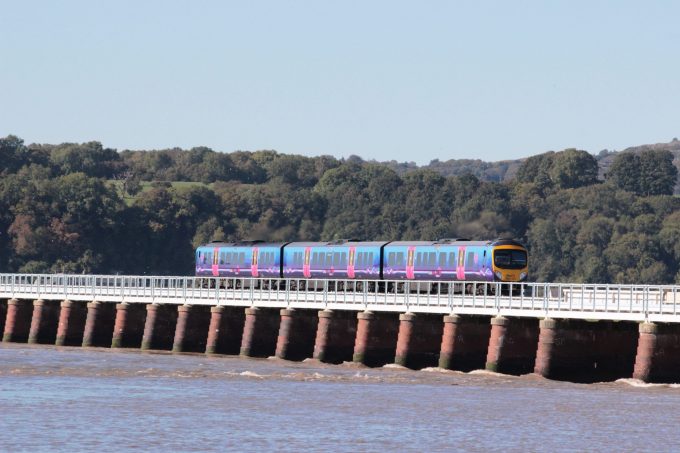 An upgrade of UK trans-Pennine rail tunnels, to allow the transit of high-cube intermodal containers, has been approved.

Britain’s Integrated Rail Plan will see the upgrade of the Manchester-Huddersfield line, which will make it possible for trains to carry cargo across the north of England from 2025.

Currently, cargo travelling to and from Liverpool/Mersey and the Humber and Tees regions is carried on trucks along the much-reviled M62 motorway, which, according to a study by Transport for the North, the phase between Manchester and Sheffield permits an average speed of just 35mph, taking an average 75 minutes.

Meanwhile, the rail tunnels running through the Pennine mountain range were built in the 1850s and do not permit W12 freight gauge, as well as being too low for 9ft 6in high-cube intermodal containers. But this is soon to change.

“Our region’s rail network is being constrained by Victorian infrastructure that urgently needs to be upgraded,” Martin Tugwell, CEO of Transport for the North, said.

“The Trans-Pennine route upgrade is a vital element in enhancing rail connectivity across our region. It is also essential as part of our ambitious decarbonisation targets and action plan, helping to build a sustainable rail network for the future.”

The upgrade involves lowering the floor of tunnels, installing new track on concrete blocks rather than traditional ballast, widening track to W12 freight gauge and, in due course, installing overhead electrical lines along tunnel roofs. Studies say the route could then handle some 30 trains a day in each direction, carrying on average 50 containers each.

Mike Hogg, Rail Freight Group North England representative told The Loadstar: “In the past week, all the business cases, engineering studies [concerning the trans-Pennine rail upgrade]… have come together.”

“We are pushing Network Rail to have this [upgrade] delivered by the end of 2024…  we believe that deadline to be tenable in terms of the line closures and work needing to be done. [The timescale] hasn’t been agreed by Network Rail, but we are pushing, on behalf of the freight industry.”

Even without electrification, there is a major impact on CO2 emissions, Mr. Hogg said. “These are pretty chunky trains… even if [they] are diesel-hauled, which they may be initially, it’s still a better proposition than 50 diesel lorries. The implications are massive… from every perspective, carbon reduction, port connectivity, road decongestion, extra offers to the shippers, the DFDSs and the Samskips of the world – it’s a good deal.”

The move will open up another front in the tug-of-war between a recovering UK road freight industry and a rail sector eager to further capitalise on gains made in the combination Brexit/pandemic market.

“In the past three months, we’ve started 10 daily intermodal trains, the equivalent of about 1,000 HGV trips a day off the road, about 100 boxes to a trip,” Julian Worth, of the Chartered Institute of Logistics and Transport (CILT) told The Loadstar.

But asked whether this would put truckers out of work, Mr. Worth argued this was far from the case, and improving rail networks would not be a zero-sum game.

“In the context of the truck driver shortage, every driver released by running trains can be redeployed onto store and final delivery work – typically doing three deliveries per shift, whereas they’d normally do one trunk-haul run,” he said. “So those ten trains have probably freed up 2.000-3.000 final deliveries per day – that’s not trivial.”

Despite the uptick in demand, Mr Worth said there was little risk that the existing rail networks would run out of capacity any time soon.

“There’s a fair amount of reserve capacity in the rail system, certainly for freight. As far as trunk freight is concerned, we are not looking at putting in new lines, but what we are looking at is putting back tracks. If you go back to the ‘80s, there were a lot of main lines which had formations with four tracks, that were rationalised down to two. The solution in many places is to simply reverse that process and ‘re-quadrify’ them.”

In fact, the wider renaissance in rail is freeing up new capacity for various ports to step into the breach, Mr Worth added, with growth in shortsea movements from Rotterdam and Antwerp, to ports along the east coast.

“We have several trains from Tilbury into the golden triangle of logistics around Daventry… Next year I fully expect to see that going south-west, to Bristol and South Wales, as we’ve just got gauge clearance for intermodal boxes on the Great Western main line.

“A year ago, there was a train out of Liverpool every other day. Now there are four a day. That’s a testament to how Liverpool has grown, but also how rail is now doing shorter journeys, 100-mile runs as opposed to 150-200 miles – a combination of road costs going up and rail bringing down the unit cost.”