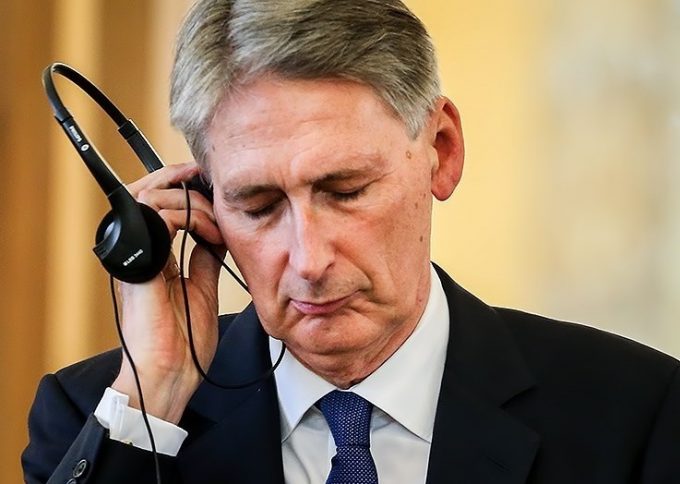 UK chancellor Philip Hammond (pictured) “missed an opportunity to stimulate economic growth”, announcing another year of fuel-duty freezes rather than “much needed” cuts in the Spring Budget.

“It was an opportunity missed,” he said. “And given what he did with National Insurance [raising it for the self-employed], a cut would have softened that blow, as a lot of self-employed individuals are reliant on their cars and vans to carry out their work.”

Yesterday’s budget marked the eighth year in a row that the UK treasury opted to freeze fuel duty, and solidified a commitment in last year’s Autumn Statement to a two-year freeze.

Mr Hookham also questioned the proposed review of the government’s taxation policy on diesel, which the FTA fears could result in increased duty on the fuel in the Autumn Budget.

“There is a lot of nonsense spoken about the environmental impact of diesel emissions in Euro6 trucks, and we need to make sure the treasury understands this,” said Mr Hookham.

“Increasing fuel duty is not going to tackle air quality, this is something that needs a precision-based approach.”

However, “clean engine” manufacturer Dearman welcomed the chancellor’s decision to review the taxation policy and said it was a “step in the right direction” to improving the UK’s air quality.

Dearman’s deputy chief executive, Michael Ayres, said he looked forward to engaging with the government in the review, adding that he wants to show that zero emission technologies are both available and affordable.

Under existing legislation, low-emission diesel and petrol engines are tax exempt, but recent headlines have brought to the fore the impact on towns and cities caused by diesel emissions.

Praise also came from parcel broker Parcelhero, which welcomed a planned £270m investment for the development and testing of robotics and driverless vehicles.

Head of consumer research David Jinks said Britain was at the forefront of technology for the logistics and courier services.

“Parcels are being delivered by drone in Cambridgeshire, droids are delivering packages in London streets and driverless vans are being trialled in Greenwich,” said Mr Jinks.

“Britain and the US are streets ahead of the rest of the western world when it comes to e-commerce and delivery innovation; and this money will help ensure we stay ahead of the curve.’

According to a report commissioned by Parcelhero, the impact of e-commerce could leave high streets dead by 2030, with retailers unable to compete.

“Some city centres are saying their business rates are rising by around 50%, while e-tailers such as Amazon may even see their rates fall in out-of-town distribution centres,” said Mr Jinks.

“More needs to be done to save the high street and the disparity of taxes and rates between online and brick-and-mortar retailers.”