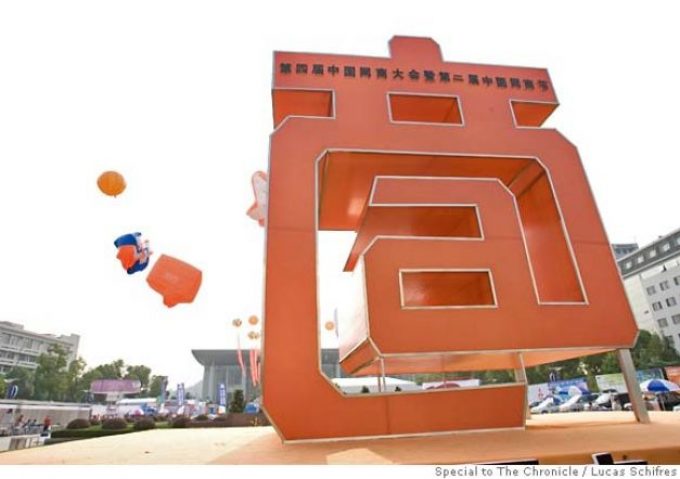 The Zim and Alibaba agreement builds on an earlier cooperation this year which allows Alibaba customers to book shipments directly with the carrier,  and the two companies discovered that “the visualisation process of Alibaba.com’s logistics platform” had been improved through the direct interface to Zim’s platform.

“The strategic cooperation will provide customers with stable, efficient and visible cross-border supply chain solutions and provide strong support for the explosive growth of the global digital trade.”

Zim president and CEO Eli Glickman said: “We see it as a great opportunity and a mutually beneficial arrangement. It’s an important step for Zim, expanding digital services for e-commerce customers, as well as small and medium enterprises.”

The effect of the pandemic on e-commerce logistics, particularly how air freight capacity has been cut, led Cainiao to launch an international air freight route in August to speed up average delivery times between China and Europe by over 30%, with some goods now able to reach consumers markets such as Spain and France in 10 working days.

It now wants to move into more European markets and Cainiao has developed an intra-Europe trucking network, which “taps advanced algorithms to generate the most-efficient loading plans and transport routes” for its fleet, as well as the optimal number of trucks to deploy, in real time.

“Tapping on this line-haul network and collaborating with local last-mile delivery providers, AliExpress is able to connect partner warehouses and transport hubs in Spain, Belgium, France, Germany, Italy, the Czech Republic and the Netherlands, achieving three-day delivery in Spain, France and Poland and five-to-seven days in other European countries,” it said today.

Cainiao has also launched a cross-border service focusing on delivering big ticket items, like furniture and motorcycles, covering products over four metres in length and width, or weighing more than 300kg.

Cai Weimin, overseas general manager at Zhejiang Bendi Vehicle Manufacturing, an AliExpress merchant, said: “We have prepared 3,000 motorcycles for this year’s 11.11 Global Shopping Festival, and they are ready for shipping. We expect them to be sold out within one to two weeks.”

Shopify’s latest quarterly results beat analysts’ projections for revenue and earnings, but that could not ...