2016 – the most turbulent year in container shipping's 60-year history 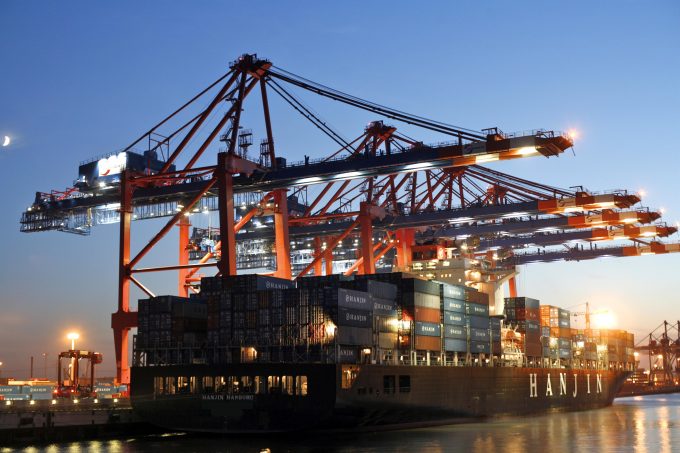 Five mergers and acquisitions and one bankruptcy is the final toll of a truly tumultuous year for liner shipping.

They put in the shade other notable events, such as the opening of the enlarged Panama Canal in June, mandatory weighing of all loaded containers (VGM) from 1 July and the record scrapping of some 700,000 teu of redundant container tonnage.

It was a year of reckoning for an industry that had maxed out its collective credit card, spending billions of dollars in ordering bigger and bigger state-of-the-art containerships in what appeared to be an ego-driven race; and then proceeded to sell container slots from Shanghai to Rotterdam for little more than the price of a city taxi ride.

Ocean carriers have looked into the abyss before, but this time it was more serious – plunging spot rates at the back end of 2015 forced container lines to agree annual contract rates on the main Asia-North Europe and transpacific trades that were significantly lower than the year before.

And when these new contract rates kicked in, spot cargo rates, which represent at least 50% of containers carried, took another dive to reach all-time lows by March and April.

But carriers had been in big trouble before and lived to fight another day – state sponsorship and generous shareholders would bail them out, suggested analysts. Shippers generally shared this view and were happy to play the carriers’ fast and loose rates game. After all they were too big to fail, weren’t they?

Indeed, to quote Monty Python: “nobody expects the Spanish Inquisition.”

In January, Hyundai Merchant Marine (HMM) approached the owners of containerships it had leased on long-term charters for a reduction in daily hire rates. The success of the so-called ‘charter cut’, almost unprecedented in shipping circles, became part of the conditions for the South Korean carrier’s restructuring within a voluntary agreement signed with creditors headed by state-owned Korean Development Bank (KDB), in March.

Another key condition of the carrier’s restructure was HMM’s entry into one of the vessel sharing alliances from April 2017.

Meanwhile, it transpired that Hanjin Shipping, which had previously rebutted the prospect of a merger with HMM, was in bigger financial trouble than its smaller compatriot – not only burdened by a growing debt mountain, but significantly in arrears on its charter hire payments.

Hanjin eventually admitted its parlous state and applied for restructuring in April. It made representations to shipowners, and also approached stevedores, for cost reductions in order to meet the conditions set by the KDB-led creditors.

While both carriers achieved some success with charter rate cuts, for example negotiating hard-fought 20% reductions on daily hire rates from Greek containership owner Danaos, politics and egos became a factor in their survival.

Anecdotal reports to The Loadstar in Pusan in October suggested that the relationship between Hanjin and KDB executives was fraught, and despite Hanjin gaining entry into THE Alliance, its fate was effectively sealed over one weekend at the end of August when intransigence prevailed over the KDB’s request for increased support from parent Hanjin Group.

The last day of August will go down in history as the day Hanjin Shipping applied for court receivership, leaving 100 ships, 500,000 teu and $12bn in goods stranded around the world.

HMM managed to survive by meeting the conditions of its creditors, including signing an MoU with Maersk Line and MSC on 14 July to join the 2M alliance – which was subsequently watered down, leaving HMM as a slot charterer only.

Although the South Korean carriers were arguably in a more precarious position than their peers, the rot had truly set in in liner shipping, causing carrier accounts to be swamped by a tsunami of red ink.

With hindsight, earlier estimates of an industry loss of $5bn-$10bn this year now appear somewhat undercooked. Indeed, market leader Maersk Line saw its $1.3bn profit in 2015 reverse into a negative this year, in what, according to chief commercial officer Vincent Clerc, was a “quite shocking” and “violent” rate war.

The merger of the two Chinese state-owned carriers, Cosco and CSCL; the sale of NOL/APL to CMA CGM; the announcement of the 2018 merger of the container business of the Japanese trio, K Line, MOL and NYK; the proposed merger of Hapag-Lloyd and UASC; and finally Maersk’s $4bn recent agreement to acquire Hamburg Süd all happened in 2016 – any one of which would have been the top story in any other year.

The surviving carriers will thus hope for a better year in 2017, as they regroup into their smaller alliances (in terms of members) in April – it couldn’t get any worse could it?