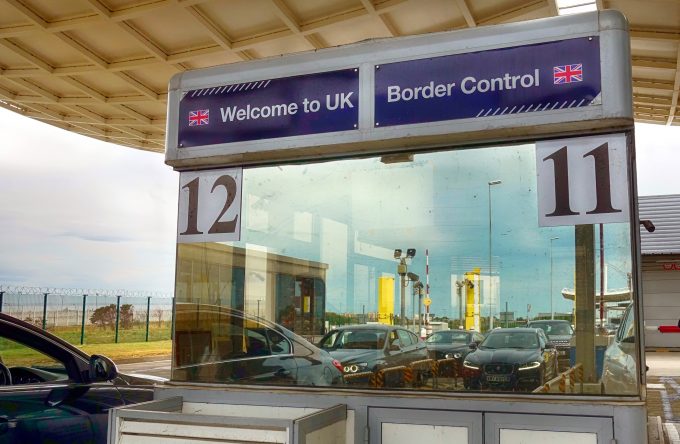 Road freight services in and out of the UK face a nightmare from a Border Force strike that would bring movements to a standstill in the run-up to Christmas.

Director general of Border Force Phil Douglas has warned ports and operators that, while the “size or scope” of any action has yet to be confirmed, it was expected that strikes could begin next week.

“Strike action is likely to affect all UK air, rail and maritime ports and the juxtaposed ports in Calais, Coquelles and Dunkirk,” wrote Mr Douglas in a letter seen by The Loadstar.

“As you know, Border Force has undertaken extensive preparedness planning to mitigate the impact to services at the border. This included building up a significant contingency workforce of trained personnel to be deployed at the border.”

Members of the PCS, representing UK Civil Service workers, voted by 86.2% for industrial action, with an average turnout across all balloted areas of 51.6%, in response to concerns over pay, pensions, jobs, and redundancy terms.

A spokesperson told The Loadstar: “The government is in a position to end this dispute.

“It can do that by putting some money on the table. This strike action in the Home Office is part of national strike action by more than 100,000 civil servants concerning pay, pensions, job security and redundancy terms.”

However, Mr Douglas said a contingency workforce, expected to comprise “volunteers” within the Home Office and “surge resources” from both HMRC and the military, would be deployed to mitigate the impact of any disruption.

“We have a reasonable expectation that by using a contingency workforce we will be able to deliver a service that keeps most, if not all ports open,” said Mr Douglas.

“[They won’t] be able to operate with the same efficiency and, as is the case with any industrial action, we simply won’t know the levels of permanent Border Force officers who will report for duty until the day.”

However, one source told The Loadstar the plans “do not sound very robust”.

And, noting HMRC was already “pretty stretched”, following substantive changes in UK customs and border procedures, the source expressed concern over how much in the way of resource there would be to spare.

“While I have confidence in the army, I believe they will be deployed elsewhere too, so I’d be wary about how much resource they can actually deliver to the Home Office,” they said.

“As with any of this, you cannot bring in temporary cover and expect the same level of service that is delivered on a day-to-day basis with resources which have had very limited training and no previous experience.”