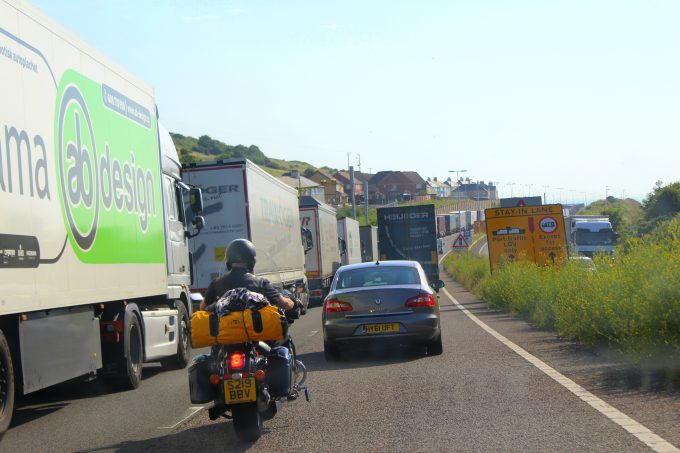 Commercial director at Translink Chris Hobbis told The Loadstar the company would allow staff to take the course during work hours and would cover costs of up to £2,500 per person to get staff accredited, as it seeks to find a further 10 HGV Class 1 and Class 2 drivers.

“There’s no upper limit to what we’re pledging here – we’re committed to investing whatever it takes to solve this problem,” said Mr Hobbis.

“We’re really confident this project will help our business deal with the nationwide HGV driver shortage. This concept hasn’t been used anywhere before and we think it could help start to solve our network’s driver recruitment problems,” he added.

Towergate insurance has partnered with Translink to try and cut through some of the red tape that often puts companies off hiring newly qualified drivers.

Mr Hobbis said the partnership had proved vital in getting the scheme off the ground, as it was making it possible for the company to take on younger, newly qualified drivers without the usual “huge excesses”.

Asked why others had not thought of adopting such an approach, Mr Hobbis said: “It’s not rocket science, we need drivers, very few are available. So, I decided the best course of action would be to train our own.

“Too many operators are moaning about the problems and expecting someone to come along and wave a magic wand, that is simply not going to happen.”

The initiative also involves Hughes Driver Training, which has said it would offer all new-pass Class 2 drivers the opportunity to upgrade to Class 1 within six months for no further fee

With Translink fully funding the courses, including wages during training, it requires staff stay with the business a minimum of 24 months, but Mr Hobbis was keen to note a “sliding scale” would be used to determine repayments should staff leave sooner.

The launch of the scheme came in the wake of Pallet-Track CEO Caroline Green calling on its members, including Translink, to raise the issue of driver shortages with their MPs.

Ms Green commended Translink for its “innovative, forward-thinking” scheme and added, with the shortfall in UK drivers now thought to be in excess of 100,000,  “collective action is the only way to tackle this crisis – it is too big for one company to solve alone”.

Mr Hobbis said: “We’ve so far had six applicants, but had to put a hold on more as we’re unable to get booking slots due to a Driver and Vehicle Licensing Agency (DVLA) strike.

“We would happily take 12-15 drivers if they were available, as this would allow us to further increase our fleet and move away from agency workers – we currently spend over £400,000 a year on agency staff.”

DVLA strikes are just one in a series of events outside the industry’s control, exacerbating the shortage in the wake of Brexit and the pandemic.

Strike action by DVLA employees has been ongoing, with the government eager to address a 30,000 backlog in drivers awaiting tests but the Public and Commercial Services union (PCS) claiming pandemic-related safety measures were being overlooked in this effort.

Despite a spike in cases linked to DVLA sites, the government department pressed ahead with plans to bring in a further 450 staff to clear the backlog.