News / 'Road trains' to ease driver shortage? UK has the technology, 'but not the roads' 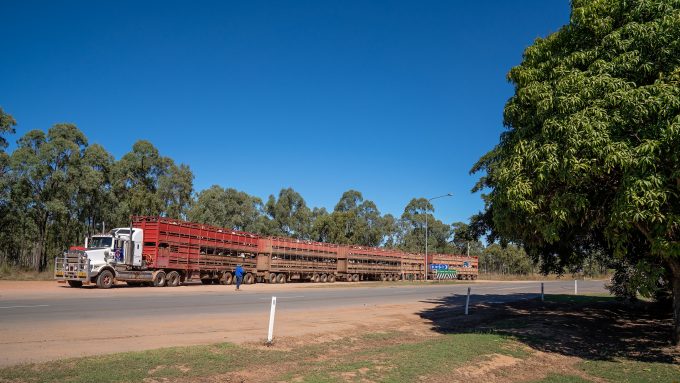 Hauliers have suggested the UK should consider allowing “road trains” to address the driver shortage, but hauliers claim this could be “fatal”.

Increasingly a common sight in Australia, ‘road trains’ – multiple trailers linked to the one cab – measure more than 150ft in length and offer up to 180 tonnes of cargo capacity.

“It is a solution that could be implemented pretty quickly, and would allow a single driver to deliver two to three trailers’ worth of goods in a single trip,” one haulier told The Loadstar.

“We already have the technology to couple multi-trailers, all it would really need would be an accredited training scheme.”

Support for road trains has also been mooted by the International Road Transport Union (IRU), albeit for different reasons, having earlier this year suggested they could be part of industry decarbonisation efforts.

It noted that Belgium, Czech Republic, Denmark, Finland, Germany, the Netherlands, Norway, Portugal, Spain, and Sweden had already approved road trains and that if a third of all truck journeys were made by them, some 700m tonnes of CO2 could be saved by 2050.

But an IRU spokesperson downplayed any effectiveness in combating driver shortages, saying: “It would help a little, as you can transport more with fewer vehicles, but I would not consider it a short-term solution to the shortages in the UK – although they are perfectly capable of driving on certain UK roads.”

IRU calculations match those from another source who claimed road trains could carry the equivalent of three standard HGV loads.

The IRU spokesperson added: “However, we would see this as more of a positive consequence of encouraging longer trucks and, in particular, harmonising their cross-border use rather than a principal objective.

However, one driver said there were doubts over the assertion that road trains were “perfectly capable” of driving on UK roads, and stressed that UK trailer sizes were “as big” as present infrastructure could accommodate.

“On our roads, with the amount of traffic and population density we have, can you imagine that? Or those things negotiating M25 road closures?” the driver told The Loadstar.

“Running those things would require not only massive changes to the laws, but huge fleet investment and trailer reception areas all around the country, even the 50ft trailers we see are too big and cause chaos – 45ft long and 16.2ft high is plenty, thanks.”

European road freight: 'all the ingredients for sustained rate inflation are in place'

European road freight rates have hit an all-time high, amid a Europe-wide driver shortage and ...