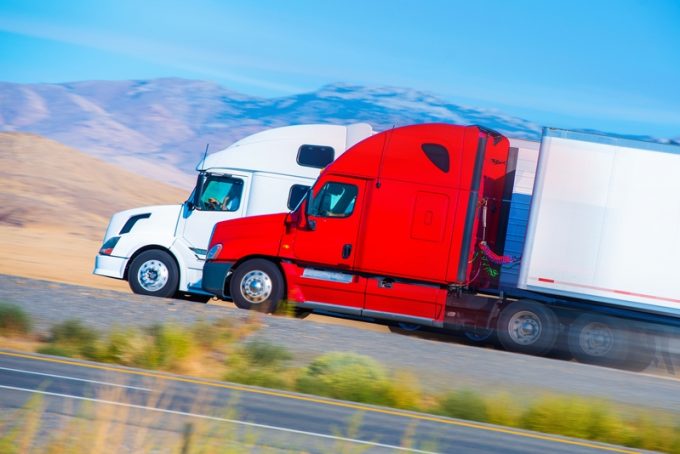 Thanks to higher rates, US trucking firms have posted revenue gains – but the going has got tougher for them, owing to personnel and equipment bottlenecks.

The struggle for trucking firms to recruit and retain drivers is going from bad to worse. According to the American Trucking Association (ATA), the driver shortage has climbed to more than 80,000, soaring above its previous estimate of a shortfall of 61,500.

The pandemic has caused many drivers to retire, and backlogs in training and obtaining licences have hampered the entry of new drivers, the ATA found.

At the same time, the need for drivers has kept climbing. It has jumped 30% over 2020 levels, reported ATA chief economist Bob Costello, who pointed out that the shortage affected primarily the long-haul truckload sector.

The ATA is worried that the shortage could get alarmingly worse if federal government plans to implement vaccination mandates for companies that employ over 100 people were to go ahead.

In a letter to the White House it expressed “grave concern” that this would create a “workforce crisis” in the trucking industry, and warned that the sector could lose up to 37% of its current drivers.

“The US is already facing unprecedented supply chain disruptions and delays due to many factors, including significant labor shortages, production shutdowns, a shortage of raw materials, and pent-up consumer demand,” the ATA wrote. “Our data shows that a vaccine mandate may very well further cripple the supply chain by forcing up to 13% of drivers to leave the industry entirely.”

The ATA says it supports the push for vaccination, but wants the trucking sector to be exempt from a mandate while pursuing voluntary vaccination. It argued that the trucking industry had shown a lower infection rate than the national average, indicating strong industry efforts to fight the pandemic.

Driver availability is not the only shortfall hobbling US trucking. Equipment is also in short supply. Truck manufacturers have been inundated with orders but cannot meet demand because of parts shortages, above all in semiconductors.

Truck maker Paccar pointed to lack of chips as the main reason why it delivered 7,000 fewer trucks and tractors than planned in the third quarter. The orderbook of Daimler Truck & Bus in September was its second-highest monthly volume, with sales up 7% year on year, but the manufacturer is sitting on a growing number of unfinished vehicles awaiting deliveries of parts, again chiefly semiconductors.

Faced with shortages of new trucks and soaring prices for used equipment, many players are delaying purchases for the time being. This entails higher maintenance costs for their ageing equipment, and also possible delays in repairs. Repair shops have reported lengthy delays because of difficulties getting hold of spares. This has stretched the window for work normally done same day to one or even two weeks.

Notwithstanding these challenges, trucking firms have reported higher results, thanks to elevated rates. Knight-Swift saw truckload revenue climb 3.4% year on year in the past quarter, although the number of trucks in service was down 3.2%. USA Truck had record turnover in the quarter, with revenue per truck up 20%.

The pressure on trucking firms augurs further elevated rates for shippers, a situation not expected to change in the coming months.