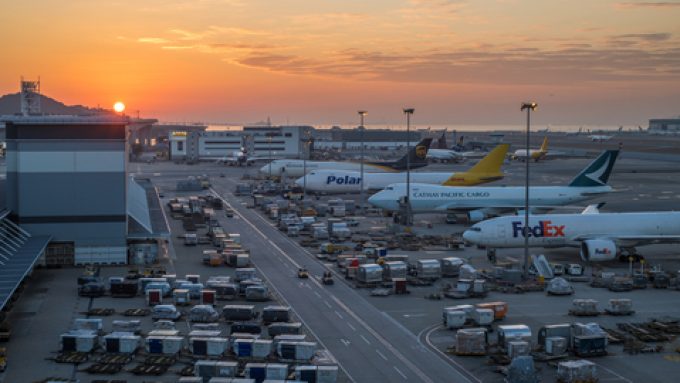 Air freight is better placed to avoid congestion during the coming months than sea freight, but airports have expressed concern that labour shortages could slow down handling.

“Shippers are turning to air freight because of the challenges at sea,” explained Michael Steen, CCO of Atlas Air, “it is compounding the high demand already there.

“It’s going to be strong for all modes, and we are definitely seeing some challenges, such as at Chicago O’Hare.

“Covid restrictions, handling and labour protection procedures are putting pressure on supply chains, and more demand will create delays and backlogs. We have got to work on that.”

But he added: “The bottlenecks in air freight are less cumbersome than those in ocean.”

Amsterdam Schiphol, where “air freight has gone through the roof”, said that like rival airports, it was facing labour shortages – but has plans to try to reduce congestion.

“There are a number of things keeping labour shortages intact,” explained David van der Meer, cargo partnerships director. “Wages won’t change any time soon, and we think it will get worse before it gets better. Companies need to pay more.

“Covid has also dispersed people, some have left the airport area and are not tempted back, and labour regulations may be more restrictive in the Netherlands than elsewhere.

“The problem is biggest for the handlers.”

While the airport has seen declines in the number of slow-to-handle ‘preighter’ flights, some remain. But one of the main trends of the past 18 months has been a move away from major air freight hubs.

“More and more airlines and forwarders are taking the initiative to fly to new airports, in China as well as secondary airports in the US, such as Rockford and Rickenbacker. That’s where we have an opportunity,” said Mr Steen.

But IATA’s head of cargo, Brendan Sullivan, warned that the industry needed to ensure it could overcome the challenges likely to appear in the next two months.

“The peak is coming, and issues in the supply chain are being magnified. We need to focus on those challenges now. We need increased communications, and collaboration to leverage that. Data and digital sharing, and transparency on what is expected to move. There are a number of challenges ahead.”

Schiphol agreed that technology could be the key to a smooth peak season. Mr van der Meer said: “It’s manageable. The key is to make room to store cargo and sort out road traffic. The shortage of lorry drivers means there are queues, especially at weekends.

“We keep pushing digitisation as the best way to keep things going. Digital pre-notification is now obligatory at Schiphol and, from 1 January, you will have to pay more if you don’t. It’s going well, but it’s a big step.”

Meanwhile industry concerns that the large amounts of cash in the sea freight business could propel it to become a more attractive mode were dismissed by Mr Steen, who expects a few strong years for air freight – even if ocean recovers its equilibrium.

“Their investments won’t affect air cargo,” he claimed. “Air freight capacity is finite, and those sea investments [won’t come to fruition] until well into the future.

“Air capacity is not growing in line with demand – there are only 90 deliveries in the next three to four years. Capacity won’t come back yet, and there will be an adjustment of networks and fleet decisions. It could be five years of growth.”