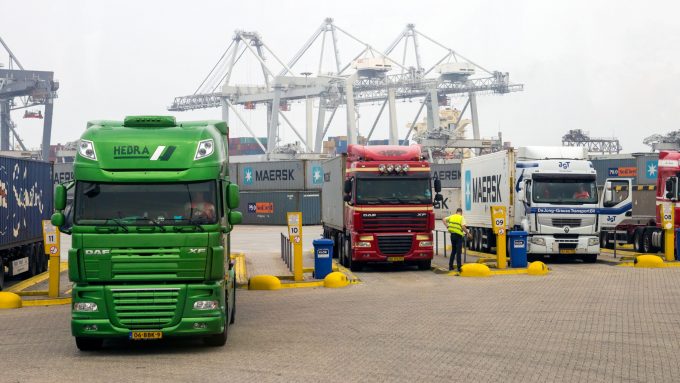 Service disruptions are moving around the globe like a Mexican wave at a football match with US east coast ports hit from the spill over from the west coast and European ports dealing with incoming Russian transhipment cargo, causing carriers to blank Atlantic services.

According to a US-based forwarder congestion on the east coast is driven by “spill-over” cargo from California, which has slowed cargo out of Europe heading for the US.

“We are starting to see the strings on the Europe to US trade run behind by one to three weeks,” explained the forwarder.

Moreover, Major North European ports are seeing a build-up of Russian transhipment cargo from Asia, which, since the imposition of sanctions following Russia’s invasion of Ukraine, now has nowhere go.

“It’s a fair estimate that up to 18,000-20,000 teu a week is being deposited at Hamburg, Rotterdam and Antwerp,” said the forwarder, with five or six ships with Russian cargo aboard still to come in the next few weeks.

He added that this disruption had caused a shortage of empty containers in Europe, which means less equipment available for US exports and carriers unable to fill their ships.

The forwarder explained: “So, really, the only choice the carriers have is to start blanking sailings massively, because even if I had a regular weekly vessel that was on time, there’s not enough containers to fill it, so I’d be sailing half-full anyway.”

However, Clecat’s director general, Nicolette van der Jagt, told The Loadstar the issue was less to do with storage and more about “fluidity”.

“Customs checks at the ports are taking time, with all bills of lading for Russia under scrutiny [following sanctions], cargo with raw materials and anything which can be integrated for military use is being sought, and this is delaying cargo,” she explained.

Meanwhile, it is understood that the Ocean Alliance has cut its USEC services by moving from weekly to a fortnightly rotation, which has, in turn, seen rates leap this year.

According to the Freightos Baltic Index (FBX), rates on the Atlantic westbound trades were stable in the first three months of last year, at around $2,000/feu. In the same period this year, they had risen to just under $7,000/feu.

The port of Rotterdam said: “Barely 10% of Rotterdam’s container transport is linked to Russia. The EU has prohibited the export of a number of goods that can be used for both civilian and military purposes. That means container cargo with Russia as its destination will receive extra Customs inspections.

The uncertainty – what exactly is covered by the sanctions, how quickly will Customs release containers for export, how is the conflict developing, how big are the payment risks, etc – means various container terminals and shipping companies have decided not to accept or handle any containers for Russia at the moment.”

“We currently have a workable procedure with customs that indicates which containers need extra control and may, therefore, be blocked for an administrative and/or physical check. At the moment, we can still handle the volumes. Containers that are blocked are transferred to long-standing zones.”

While there are mounting difficulties at European ports, Clecat has also pointed to the growing shortage of drivers caused by the war in Ukraine as drivers head back to their defend their country.

“The majority of drivers in Poland are from Ukraine and the problem, which is not new, will spill over to other countries. It will also be a problem for Germany as they are heavily dependent on Polish drivers,” said Clecat.

In addition, the forwarders’ association pointed out that there was no generalised embargo on freight to Russia, “and forwarders continue to have to enforce contracts”, but the most significant problem is how to be reimbursed for work, with the Swift payment system down.

It means that each company has to make its own decision whether or not to go to Russia.