TIACA: 'This year was about survival – next year, see our value proposition' 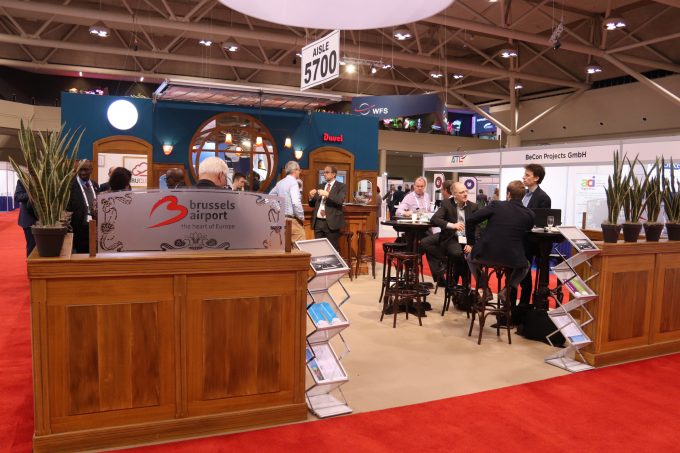 The reports of TIACA’s impending death have been grossly exaggerated – to misquote Mark Twain.

There has been a great deal of speculation over the success – or otherwise – of TIACA’s Air Cargo Forum (ACF), its biennial cash cow, which can tide it over financially until the next show.

But this year, following years of losses, heavy competition in the events market and a second-tier cargo destination for the ACF (sorry, Toronto) in a country which has limited bilateral air rights with big spenders in the Middle East, meant that many in the industry thought it would be TIACA’s last stand.

And yes, this month’s ACF was not busy; this was no Munich. On the plus side, as someone said, there were no “tourists” – everyone there had a good reason to be there. And everyone had more time than usual, a benefit for its networking purpose. Toronto is lovely. And the conference schedule, while too full, had some great content.

But it wasn’t about the content, it was about the money – and whether TIACA has a role to play.

On the financial side, it has – apparently – turned a corner. This is the first year it has made money since 2010, next year it will be “close to breakeven”.

“Our financial concerns are over,” said vice chairman Steven Polmans. “We have made savings, achieved savings by cutting out things that were not necessary. And we improved revenues. The TIACA Times, for example, is no longer a cost, but a revenue stream.

“We were so close to the edge that people realised that play time was over. There were no more soft solutions. Everyone realised it was all or nothing.”

The big TIACA news from ACF was that it will no longer run its own event – it has formed a joint venture with Messe Munchen, the Munich behemoth and now also purveyor of Air Cargo Africa and India. That event organiser will, well, organise the event, but the cost and profits will be shared, with TIACA in charge of content.

It makes perfect sense, along with the plan to hold it regularly in Miami. The constant change of ACF venue meant that they had to start again every time: finding a venue and negotiating, getting new contractors, investigating domestic rules and sending materials and staff. Costs can double – especially outside countries such as the US, where many of the venues are state subsidised.

So that leaves TIACA’s raison d’etre.

Interestingly, the last few months has shown that there certainly is a role for a cross-supply chain association.

This brave new world is all about data sharing, collaboration. Take blockchain, a technology best shared. Look at the success of the recently formed Blockchain in Transport Alliance. Its purpose is to educate, and to define common standards and usage for members which include Target, Panalpina, Google, FedEx, Ryder, Delta, Whirlpool, PWC and universities. Members can discuss use cases, adoption and implementation, and work together on a technology that many have been afraid of. BiTA has a clear purpose for its members from across the supply chain.

This should be the new destiny of TIACA. It is already cross-supply chain. What better use than to help members tackle new technologies, creating common-user platforms, working collaboratively.

In this respect, it is also helped by the fact that Mr Polmans, for one, works at an airport which is used to creating communities from its own diverse user groups.

This isn’t about saving TIACA. This is about something the industry needs – and TIACA, after a few years in the wilderness – just happens to be in the right place, at the right time, with the right people.

However, its role is for its members to decide.

“This year was about survival, next year we are going to our members with our value proposition,” said Mr Polmans. “The agreement with Messe Muchen allows us to focus on our content, not on the ACF. And we want members to tell us what they want.

“This has to be mutual. We’ve shown our commitment by making it financially healthy again. Now members must contribute.”

Training has become a large part of TIACA’s remit, via its agreement with SASI. But it needs to be more. With that will come a rise in membership fees, which are absurdly low.

“If members don’t want to pay, then they don’t want us to deliver content,” said Mr Polmans. “If all they want is the ACF, that’s fine.

“For the last year, we have taken control. Now it’s up to the members to determine what value we can offer them.”

It seems obvious, as the success of organisations such as Air Cargo Netherlands, Air Cargo Belgium, BiTA– or any of the clusters of logistics ecosystems that have sprung up has shown. Supply chain communities and the technology that binds them are currently king – and TIACA is well-positioned to harness that new trend.

Covid has decimated the air travel industry: jobs have been lost at airports the world ...