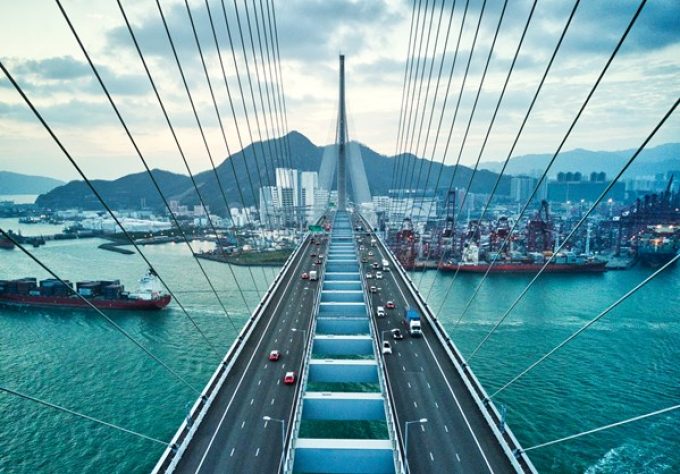 The soaring costs of shipping are prompting companies to reconsider their supply chains and look for alternative sourcing.

Its survey of North American manufacturers found 83% likely, or extremely likely, to reshore sourcing, a leap from 54% in March 2020.

Thomas president and CEO Tony Uphoff said: “We are witnessing the wholesale re-examination of supply chain relationships, which will realign global manufacturing for decades.

“With North American businesses accelerating reshoring and replacing some of their overseas suppliers with domestic alternatives, US manufacturers are being presented with an unprecedented opportunity.”

Companies had already begun to shorten their supply chains with the impact of the tariff war between the US and China, noted Brian Bourke, chief growth officer of Seko Logistics. Then, Covid-19 and Brexit prompted firms to reshore and diversify, he added.

A survey of more than 130 manufacturers published by technology and professional services provider Sikich and Industry Week, found that 93% of respondents had experienced challenges from Covid-19, and 76% reported that the pandemic had exposed gaps or weaknesses in their supply chains.

He notes it is not only container rates that have gone through the roof, but also the cost of land transport, including demurrage and detention charges, that are undermining the viability of importing goods from Asia. Some smaller companies had dropped unviable product lines or gone out of business, he said, adding that some low-cost products had been in short supply.

Almost half of the respondents in the Sikich study said they were diversifying their supply chains to reduce the risk of single- or limited sourcing, while others looked to production closer to their markets, or bringing production inhouse.

A recent report by The Economist Business Intelligence Unit concluded that more reshoring was bound to take place in Asia, arguing that North America was not a viable alternative owing to limited competitiveness.

An article in a German news magazine this week reported that some European firms were returning to Europe and investing in automation in new plants.

Interest in near-shoring is also on the rise in North America. In March, Walmart pledged $350bn to support this in six categories of manufacturing over the next decade, selecting 900 firms for support to enable production in the US.

Relocating to the US faces disadvantages in terms of taxation and labour costs, but other countries in the Americas offer more promising prospects, said Mr Imbriani. Not surprisingly, Mexico is often mentioned as a likely solution to the North American market.

A November report by the Baker Institute for Public Policy of Rice University saw “a pivotal role for Mexico in a broad reshoring drive to the region”, particularly for more labour-intensive products. Some Chinese companies, such as upholstery maker Kuka Home, have set up production there.

Mr Imbriani finds Mexico seems to appeal more to US firms looking to shift abroad than to relocation moves from Asia. He sees promising opportunities for US firms to source from Latin American countries like Panama, Colombia or Chile, all of which have trade agreements with Washington, which is an additional appeal besides the shortened transit times and order cycles compared with sourcing from Asia.

So far, the near-shoring drive for the US market has been led by automotive and oil & gas, as well as light electronics production. More advanced sectors of industry face bigger hurdles, given a lack of existing production in these countries. In many cases, it is not just a matter of finding a supplier but actually building up local sources, Mr Imbriani noted.

China’s highly developed manufacturing platform and infrastructure are unbeatable in terms of scale, cost and organisation, but companies are looking for alternatives, said Mr Bourke, while Mr Imbriani added that China’s strong base had not developed overnight. Building up sourcing in new regions is a longer-term project, he said.

While shipping costs will retreat from their vastly elevated level of today, they will not sink back to pre-Covid levels, he predicted. Elevated costs, as well as supply chain disruption, are likely going to play a role in sourcing considerations for some time.

Operators at the premier US maritime gateway in Los Angeles are pulling out all the ...