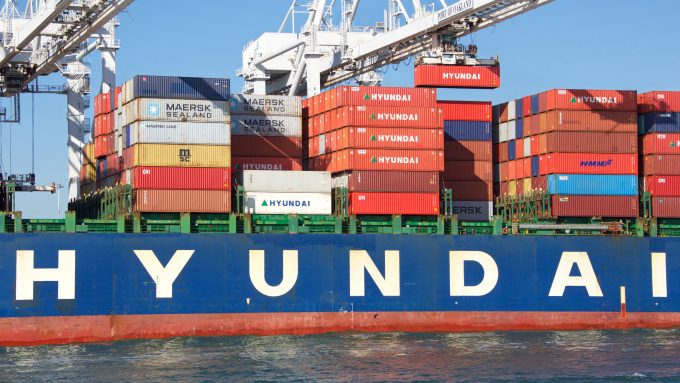 THE Alliance yesterday published its 2020-21 network, which will launch on 1 April.

And despite the incorporation of HMM and its newbuild ULCVs, THE Alliance (THEA) will still lag behind its 2M and Ocean alliance rivals in terms of the number of services and big ships deployed between Asia and North Europe, according to Alphaliner.

The Ocean Alliance’s east-west network, also launching on 1 April, will feature seven Asia to North Europe strings, while the 2M, expected to announce its network changes later this week, currently has six loops servicing the tradelane.

THEA founding partner Hapag-Lloyd recently announced it had signed a slot-charter agreement with 2M partners Maersk and MSC, the detail of which it is yet to provide.

The surprise deal has created much speculation in the industry, with Alphaliner noting that the 2M is the only alliance to offer direct services between Asia and the Scandinavian ports of Gothenburg and Aarhus.

According to the new THEA schedules, the FE4 loop will call at the UK’s London Gateway at the expense of Southampton, which instead switches to the FE2 service.

The consultant also notes that the current Le Havre call will be dropped on the FE3 and FE4 strings, but added to the FE2 service to compensate.

In Asia, the FE4 service will feature new calls at Qingdao and Busan and there will be a double call at Algeciras en route, with the transit time of the loop extended by a week to turn in 12 weeks.

THEA will continue to operate its FE1 and FE5 Asia-North Europe loops on a pendulum pattern, linking the US west coast, while for Asia-Med, Alphaliner said the alliance would maintain its current three loops “largely unchanged”.

As a consequence of HMM joining THE Alliance, the schedule will see some rationalisation of services on the transpacific US west coast, where the South Korean carrier operated its own vessels in co-operation with the 2M, rather than the slot-charter arrangement it had for North Europe. THEA will offer eight US west coast services from Asia, of which the FP1 and PS7 loops are pendulum services linked to Europe.

“The total number of weekly services operated by THE Alliance will be reduced by three, compared with last year, after accounting for the individual services that HMM currently operates on its own,” said Alphaliner.

For the US east coast, THEA will offer five strings from Asia in loops that will see HMM vessels return to the trade after a three-year absence when it relied on the 2M for slots.

However, there is no return to the transatlantic for HMM after it pulled out of the market in May 2018 and was obliged to compensate the 2M for the 700 slots a week it had purchased.

Nevertheless, THE Alliance will continue to offer five loops on the transatlantic, without the participation of HMM.

Increased demand and worsening port congestion in Asia is forcing the east-west alliance carriers to ...