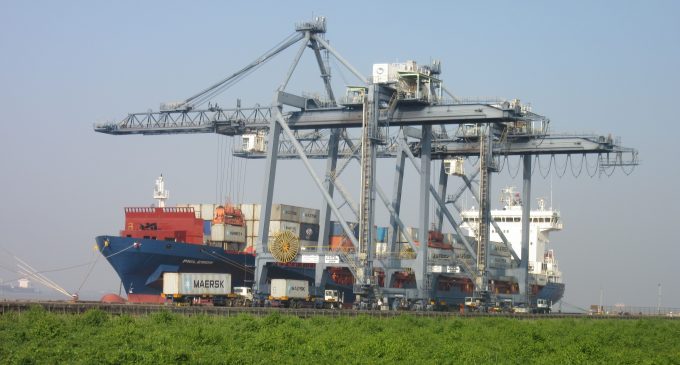 One year after the military coup in Myanmar, an exodus of foreign firms from the country has severely impacted the economy, leaving an uncertain future for the supply chain and logistics sector.

According to the World Bank, Myanmar’s economy is set to grow by just 1% this year, down from 6.8% in 2019, with the fallout of political unrest and the Covid-19 pandemic.

It said private investment had fallen, the costs of imports have increased, and that foreign companies operating in Myanmar remain concerned about reputation risk.

Indeed, having originally seen no issue with investing in a new container terminal on land owned by the military in October, India’s Adani Ports was finally forced into an embarrassing retreat from the project after the coup.

Similarly, Evergreen recently told AFP it would no longer call at one of the military-owned terminals in Yangon, a decision already made by Maersk and other mainline carriers.

Other companies leaving Myanmar include Norwegian telecoms major Telenor and oil and gas giants Total Energies and Chevron, leaving a major hole in one of the country’s largest industries and sources of foreign income.

On the other hand, Myanmar’s garments sector, a key vertical for international forwarders, appears to have stabilised after an initial flurry of factory closures after last year’s initial violence and subsequent protest movement.

The Myanmar Garment Manufacturers Association (MGMA) estimates there were 700,000 garment workers prior to the coup and pandemic, which has now fallen to 480,000 – 90% of whom are women.

According to the European Chamber of Commerce in Myanmar, European buyers represent about 60% of the industry and the data shows “garments, footwear and baggage is not a sector from which the military derives significant income”.

Therefore, it added: “In the current situation, it is more essential than ever that all those who source from Myanmar focus on ensuring decent work, including safety, a living wage and freedom of association for all workers.”

On the freight side, Scan Global Logistics told The Loadstar there was “general stagnation” in the market.

Rickard Ingvarsson, Scan’s CEO for Asia, said: “Borders are operating as normal at the moment, but overland movements have reduced. Certain factories continue to face issues in obtaining raw materials, so production can be inconsistent, depending on your partner suppliers.”

Mr Ingvarsson said the market was trending on the softer side, especially for airfreight, with some scheduled flights cancelled due to a drop in demand.

He added: “Ocean freight demand looks to be fairly average, year on year, but space constrains and lack of equipment are currently the biggest concerns. These issues are due to the drop in imports over recent months, so there are fewer containers available.

“Feeder operators are also more reluctant to call in Yangon, so the rates remain on the high side and priority is given for shipping line contract holders.”

Meanwhile, he noted, the civil unrest was ongoing, but mostly in regions outside Yangon.