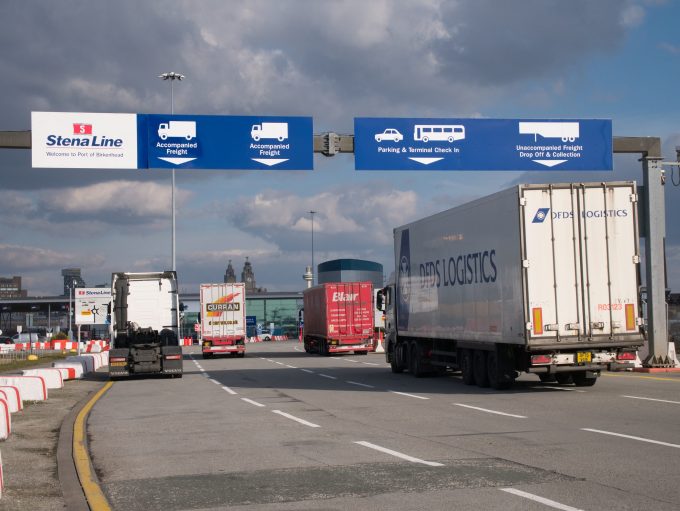 Stena Line has redeployed its ferry, Foreteller, to its UK service between Belfast and Berkenhead in response to disruption caused by Brexit and the anticipation of further chaos from January.

The move adds 13% capacity to the route and Paul Grant, Stena Line trade director (Irish Sea), was quoted as saying the move was a response to “prolonged distortion of the market”.

He said there was “an ongoing challenge for the entire logistics industry to keep pace with shifting demand and preferences”.

Mr Grant said Stena was the largest ferry operator on the Irish Sea, with 10 ships on five routes between the UK and Ireland, allowing it to respond quickly to changing demand.

The redeployment of the Stena Foreteller means the line now has seven ships dedicated to trade through the Belfast hub.

The news follows a flurry of new ro-ro capacity added by Stena and others to routes linking the Republic of Ireland with the European mainland.

“Previously we had one vessel running [between Rosslare and Cherbourg] at about two-thirds capacity,” said spokesperson Simon Palmer. “Now we have two vessels on that route leaving daily, it’s around a 200% increase.

He added: “Freight travels the routes of least resistance. Some EU traffic is going direct, but the UK is the ROI’s biggest trading partner. Some of it is avoiding Wales and going via Northern Ireland because of the unfettered access provided by the Northern Ireland Protocol. “

Stena hopes the situation on the Irish Sea will normalise in time, but the EU and the Irish government need to make operations easier for hauliers, claimed Mr. Palmer.

“The biggest issue we have at the moment is that the EU customs code is being applied differently in Northern Ireland than in the republic, and there’s a significant difference. If there were parity between Northern Ireland and the ROI, it would considerably help the trade distortion on the Irish Sea. Although we’ve added capacity, we would like to see normal freight levels.”

At the end of last month, DFDS and CldN agreed to ramp-up channel ferry capacity in anticipation of January’s new UK customs regime. Before that, CLdN began a new ro-ro service between Santander in Spain, Liverpool and Dublin.

The Maritime and Coastguard Agency (MCA) has confirmed that the P&O Ferry, European Causeway, has ...