News / Ferry operators ramp up capacity ahead of 2022 customs changes 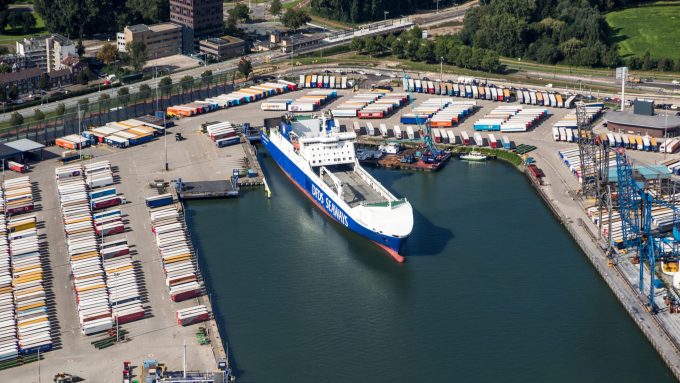 DFDS has made an agreement with fellow ferry operator CldN to ramp-up channel ferry capacity in anticipation of January’s new UK customs regime.

The new system is expected to have some deleterious outcomes for British consumers and businesses, The Loadstar has previously reported, with customs brokers anticipating long queues and logjams until the crisis is alleviated with the hiring of drastically greater numbers of officials.

The new checks – to be followed in July for food items – will pile further workload on an already stretched staff, with some contending that 50,000 new officials would be needed to alleviate bottlenecks.

With long queues of import cargo anticipated, the joint-DFDS-CldN service would seek to alleviate this by adding six new sailings in each direction, calling at the UK terminal of Killingholme, on the south bank of the river Humber, in the hope of relieving congestion at DFDS terminal Immingham. The rotation will link Killingholme with the CldN preferred terminal of Rozenburg and the DFDS terminal of Vlaardingen, in the Netherlands.

DFDS confirmed to The Loadstar it would charter a vessel specifically for adding the new capacity. Furthermore, the service includes an early morning (5am) arrival, with which the duo hope to alleviate truck shortages by allowing drivers to carry out two deliveries over the course of a day with a single truck.

“Our expectation is that there will be an increase in unaccompanied traffic,” a DFDS spokesperson explained. “Further, our customers have been asking for a midday departure from Rotterdam to the Humber in order to be able to optimise their haulage in the UK.

“Using Killingholme will not be a challenge. Killingholme and Immingham are within a few miles. It will also offer our customers a more flexible option and at the same time we will ease the pressure on Immingham Port.”

“We are delighted be able to add a second ship to our Dover/Calais route, with the ship doubling our frequency with a departure every 2.5 hours rather than the current five hours between sailings,” said Andrew Sheen, Irish Ferries MD. “The ship underlines our commitment to this route and facilitates trade for both exporters and importers as well as ensuring capacity for essential passenger movements and greater choice for tourism.”