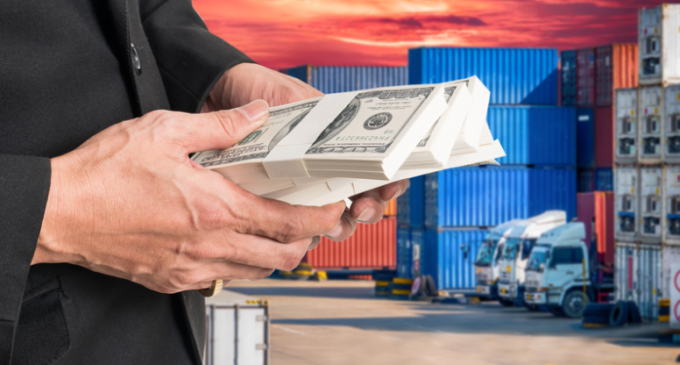 Container spot rates from Asia to North Europe are now 130% higher than at the start of the year, after a further spike this week.

Today’s Shanghai Containerized Freight Index (SCFI) recorded a 13.5% increase in its North Europe spot rate, to $2,374 per teu – however, in practice, market rates are considerably higher.

One Shanghai-based NVOCC told The Loadstar several carriers were now quoting more than $6,000 per 40ft for Rotterdam, and “more than $8,000” per 40ft for the UK.

And a forwarding contact in China said carriers on the route were now purely focused on maximising their freight earnings at the expense of all other agreements.

“Carriers will give priority only to higher rate space – who pays more gets the space,” he said.

Christoph Baumeister, senior trade manager Asia/ISC – Europe, at Flexport, told The Loadstar today the situation for shippers in Asia was getting “worse week by week”.

He added: “The Far East-north/south Europe tradelanes remain under enormous pressure, and rates are further increasing this week.”

And, according to freight rate benchmarking firm Xeneta’s crowd-sourced data, the current Asia-Europe short-term market average rate for contracts of three months or less is now 200% higher than a year ago, at $4,831 per 40ft.

Although Xeneta’s data on longer-term contract rates shows an increase of a more modest 28%, to $1,648 per 40ft, it noted that despite being in the midst of the contract season, very few deals were being done, as both shippers and carriers judge the timing to be wrong.

On the transpacific, spot rates were again virtually unchanged on the week, the SCFI recording a $68 increase for the US west coast to $3,947 per 40ft, and an $8 per 40ft decline for east coast ports to $4,700.

The spot market on the route has remained stable since mid-September, coinciding with the intervention of Chinese regulators, with carriers preferring to earn additional revenue from their premium fees.

And there seems no easing of the flood of imports from Asia into the US with the port of Los Angeles’ Signal forecaster confirming import volumes due at the port for weeks 50 and 51 up by 37% and 54%, respectively, on the year before.

The unrelenting surge in imports has put the San Pedro Bay ports of LA and Long Beach under intense pressure. Freightos chief marketing officer Eytan Buchman said: “There are reports of up to 20 vessels bunching just off the west coast, waiting for a slot to open at LA-Long Beach to unload merchandise retailers are eager to get on virtual shelves before the holidays.”