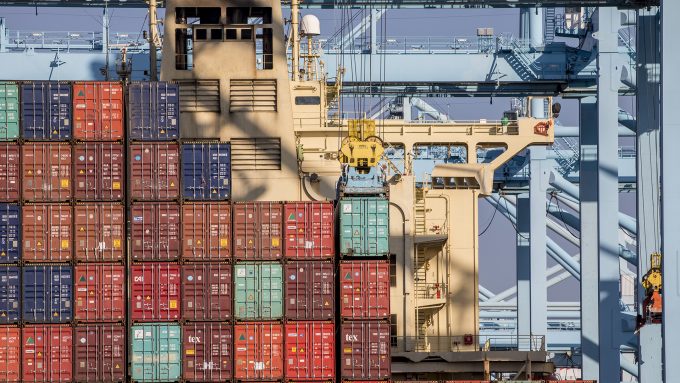 According to a customer survey conducted by freight rate benchmarking firm Xeneta, 71% of respondents said they would seek to renegotiate long-term contracts if the market changed significantly.

More worryingly for ocean carriers, 11% said they would be prepared to breach their contract and look for better deals and just 18% of respondents said they would continue with their existing contracts regardless of the market.

Although the spot rate indices are not in freefall, there has been a continued gradual erosion, and this week Xeneta’s XSI, Drewry’s WCI and the Freightos Baltic Index (FBX) were either showing red or were flat for the Asia-North Europe and transpacific components.

Spot rates for North Europe ranged from the WCI’s $9,784 per teu to the FBX’s reading of $10,660 per teu, while the Ningbo Containerized Freight Index (NCFI) commentary reflected an increasing pessimism hanging over the trade.

“Some carriers have taken the initiative to reduce freight rates to strengthen bookings, driving the spot price to fall,” it said.

On the transpacific, the WCI recorded the biggest fall of the three indices for Asia to the US west coast, shedding 3% on the week, to $8,378 per 40ft, while its reading for the east coast was unchanged, at $10,695 per 40ft.

“The demand for transportation on the North America route has not improved, the space was obviously surplus, and the decline in pricing has increased,” said the NCFI.

Indeed, the port of Los Angeles Signal forecaster, based on ship arrivals and manifested totals, is showing just 12 vessels due next week, with volumes down 41% on the same week of last year, at 69,363 teu.

This could be a blip, of course, or it could be a harbinger of weaker demand.

If demand from European and North American consumers does weaken significantly, carriers will look to blank more sailings to underpin their FAK rates.

Notwithstanding the measures carriers will take to mitigate the erosion of short-term rates, they are also tightening up their contract formats.

“We’ve come a long way from a few lines on an e-mail with our contracts,” a carrier contact told The Loadstar at the Multimodal exhibition at Birmingham this week. “We think our agreements are now pretty watertight.”

But according to Jeremy Haycock, MD of two-way enforceable contract provider NYSHEX, he is seeing a big increase in enquiries from carriers, shippers and NVOCCs in its range of products.

Exhibiting for the first time at Multimodal, Mr Haycock told The Loadstar there had been a rush of interest in recent weeks as the market turned.