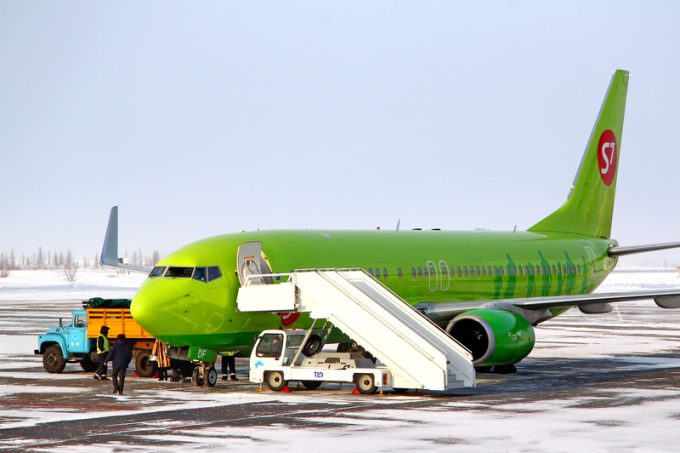 Russian carrier S7 Airlines is getting into the freighter business with two Boeing-converted 737-800s.

Leased from Gecas, the aircraft are expected to enter the fleet in November and January on medium- and short-haul routes.

The Siberian airline currently operates 96 passenger narrowbodies on routes in Russia and major tourist destinations in Europe, the CIS, and major hubs in China, Japan and South Korea.

Its cargo general agent, S7 Cargo, manages its bellyhold operations and will take on the freighter services.

“The delivery of our first freighters is a significant milestone in S7 Airlines’ cargo operations,” said Ilya Yaroslavtsev, chief executive of S7 Cargo. “The additional capacity will be used on routes with strong demand and limited capacity in baggage compartments of passenger aircraft.

“S7 Airlines’ wide route map, our partnership with leading logistics companies and well-developed agent network enable us to carry payload and mail in relatively short times and provide efficient aircraft loading. With the new freighters, we expect to increase our volume of payload and mail by 30%.”

S7 will meet competition in the market from Volga-Dnepr Group’s Atran, which operates four 737 freighters for the express market. Today Atran announced that it has expanded its network, bringing Shijiazhuang, China into the loop. The carrier said it intends to operate the flights on a weekly basis to Moscow’s Vnukovo International Airport.

The BCF 737-800 next-generation (NG) carries up to 23.9 tonnes and has a longer range than similar freighters, and lessor Gecas has invested heavily in the type, agreeing with Boeing to convert 11 options into orders, with nine further options. Gecas’s total orderbook for the type is now 74, for which 60 are firm orders.

“We are delighted to support S7 Airlines in the launch of its new dedicated cargo programme,” said Richard Greener, manager of Gecas Cargo.

“The 737-800NG freighter is renowned for its efficiency and reliability, as well as its lower operational costs and better environmental credentials, making it a strong addition to a combination carrier entering the cargo market.”

Boeing added that the freighter was well-suited to express and e-commerce, a sector that is expected to continue to grow.

So far, Boeing has delivered 23 of the converted 737-800NG freighters to Gecas for its leasing customers.