News / Schedules still in turmoil as Covid issues drive port congestion, but there is light 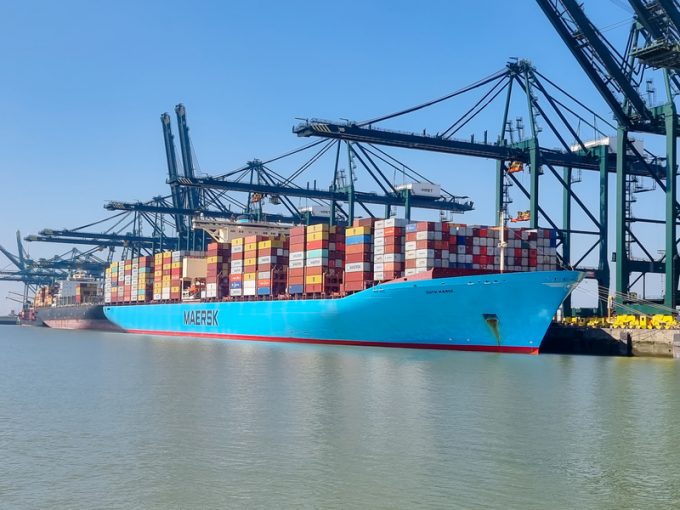 Congestion at North European and Asian box terminals continues to disrupt global liner schedules, with quarantines and the side-effects of Covid vaccination blamed for further instability in the supply chain.

Labour shortages at the Benelux ports of Antwerp and Rotterdam have been attributed to the after-effects of vaccination.

“ECT cannot man all available cranes due to a lack of labour, which is strongly affected by the vacation period; in addition ECT is confronted with an unusually high number of workers reported as sick, partly related to Covid vaccination secondary effects,” it said.

Instead, Southampton sources suggested that vessel delays have caused vessels to arrive back to back, meaning the terminal did not have the normal breaks to rest its workforce. And this has led to an increase in the number of teams.

Moreover, the source said the scheduling of vessels is improving and this combined with DP World investments, announced for Southampton in April, means that the terminal will be in a good position to deal with the continued high demand over the coming months.

In Asia, Maersk has further updated its customers on the situation at the Chinese port of Yantian, away from where it had been obliged to divert over 80 of its own and partner vessels following a Covid outbreak there at the end of May.

The carrier said this had impacted the schedules of some 19 of its mainline services, but the current situation at the port was “looking up”, and Maersk was “beginning to repatriate” its services at the port.

It added that yard density and overall productivity had improved at Yantian, with vessel waiting times for berths reduced to just half a day.

“The yard density is down to 65%, pushing overall productivity to 85% of normal levels. The congestion in Yantian is clearing up, but when one port is impacted it can become a downward spiral for neighbouring ports,” said Maersk.

It noted that quay congestion and vessel wait times at other main ports in the region had suffered from the knock-on effects of the vessel diversions, with for example Hong Kong reporting a yard density of 93% and a three-day wait for a berthing window.

Maersk resumed direct calls at Yantian on its North Europe and Mediterranean service last week, including its AE6, AE7, AE10 and AE11 loops, but warned it could be obliged to omit other ports that had subsequently been impacted by congestion.

“Deciding which port to divert to will always be made with the objective of minimising supply chain delays, and we ask that you bear with us while we manage this situation as best we can,” it told customers.

“As we navigate through this, it is evident that the situation will remain fluid for some time,” cautioned Ahmed Bashir, head of global execution at Maersk.

To hear Tim Scharwath, CEO of DHL Global Forwarding discuss the pandemic and its impact on supply chains, listen to this clip from The Loadstar Podcast.

HHLA-Cosco: listen to this carefully…