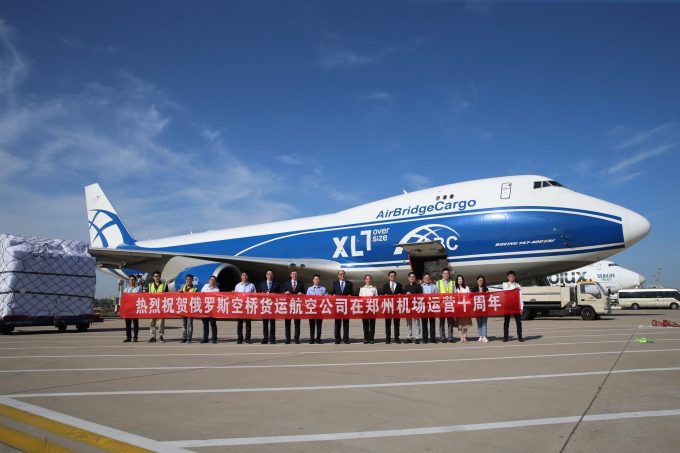 Volga-Dnepr is out of the woods of potential bankruptcy and is now sitting on a “huge pile of cash”.

Yesterday it said its half-year revenues across the three airlines in the group, Volga-Dnepr, AirBridgeCargo (ABC) and Atran, was more than 40% up on a year ago.

The revenue increase comes despite a drop in tonnage – which the group claimed was 18% down in the wider market, while freight tonne km (FTK) were 19% lower – but Volga-Dnepr saw just a 5% and 10% decrease, respectively.

FTK numbers had been impacted by the volumetric nature of PPE, it noted, as well as large numbers of charters.

While growth in some sectors such as e-commerce and pharma are understandable, Volga-Dnepr said, it had also more than doubled its oil and gas operations and seen a 20% surge in aerospace.

“Whereas a lot of projects have been frozen following the pandemic, major manufacturers managed to keep their operations,” said Konstantin Vekshin, the group’s chief commercial officer, adding  that the pandemic had also boosted use of technology.

“It is also noteworthy that this crisis situation pushed the development of online cargo bookings, not only through our own website channel but also through our partners’ platforms … WebCargo and cargo.one. In our tech-savvy world, [an] omnichannel approach is the key to successful customer relations and overall customer experience enhancement.”

The group, celebrating its 30th year, is also marking 10 years of ABC flights to Zhengzhou, “a milestone in developing comprehensive network coverage of central China”. It now has seven flights a week, up from the two it began with.

The round of good news for the carrier came at a critical time in its history, with the threat of bankruptcy hanging over its head earlier this year.

“Volga-Dnepr was having a very tough time,” said one executive close to the group. “All of a sudden, things changed and it’s now financially in good shape, with a huge pile of cash. It will give it the chance to repay a lot of debt this year.

“And I don’t see things really changing for the next two years – and after that there will be a new playing field for cargo. There will be more capacity coming in, but existing cargo carriers will be safe for two years, and are all in good shape.”

He did concede, however, that “it’s a very volatile industry. There are always surprises.”

As the air cargo industry gears up for Covid-19 vaccine distribution, there are concerns that ...

PRESS RELEASE  The goal is to bring a much needed COVID-19 vaccine to emerging and developing ...

MARKETWATCH reports: Buckling under the resurgence of the coronavirus in Europe, the Spanish government on Sunday ...

Warning to air charterers: phantom freighter scams on the rise

The dearth of air freight capacity has led to an increasing number of offers for ...

Vaccine charter flights: carriers get set to chase a slice of the Covid cake

Rumours of a potential coronavirus vaccine may already be impacting the air cargo market as ...

Atlas Air, Kalitta Air, Western Global and Amerijet have been asked to return $631m in ...

Turnover and profits down as Kuehne + Nagel struggles through the pandemic

Varying capacity and labour, together with new flight schedules, are making it increasingly difficult for ...