Reefer ships stage a comeback, thanks to cheap oil, but more perishables are shipped in boxes 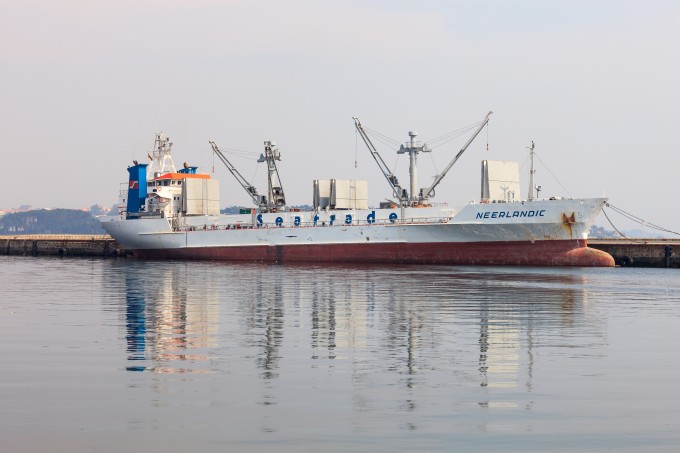 Further containerisation of seaborne perishable is happening, despite a slowdown in conventional reefer vessel scrapping in 2015.

According to new analysis by Dynamar, conventional reefer ship scrapping is at its lowest level since 2007, with only five vessels scrapped last year compared with 65 in 2011.

Last year saw a complete turnaround in the specialised reefer sector, according to Dynamar. Not only was there a steep reduction of scrapping, but also a growing orderbook of 11 conventional reefer ships with capacity up to 350,000cu ft.

However, less scrapping and more new orders has made little impact on the general trend: reefer containers gaining market share in the transport of seaborne fresh produce.

Dynamar analysis shows the reefer container fleet has reached 2.6m teu, and estimates conventional reefer capacity will decline 41% by 2025, continuing a trend that has seen its market share fall from 60% in 2000 to an estimated 26% in 2014.

Mr Visser added: “There are more reasons why 2015 may well go down into history as a year of a profound, perhaps decisive, change in the worldwide ocean transport of perishables. It involves a crucial change of course of the world’s dominant conventional reefer operator, and fits in entirely with the expected trend towards smaller shipments.”

He is referring to the decision by Antwerp-based Seatrade Chartering to order four 2,200 teu containerships, with options for a another four, as part of its “2020 fleet renewal” programme, which, according to Dynamar, will see 20 container vessels added to its fleet by the end of the decade.

“Seatrade’s 2020 fleet heralds [the start of] a shift of the world’s largest conventional reefer operator to the container segment. Who will be its first follower?” wondered Mr Visser.

Dynamar says the new Seatrade vessels will be full-reefer-capacity units and, with speeds of up to 20 knots and a maximum draught of 9.2 metres, they will have three times the pallet-capacity of the line’s largest conventional ships. This means Seatrade can continue its conventional scheduling and call at the smaller, specialised reefer ports near produce-growing regions.

Shireen Zarkani, head of reefer management at Maersk Line, told The Coolstar the overall trend of replacing an older conventional fleet versus a modern box ship fleet with increased reefer capacity remained: “Although there have been a handful of new orders this year, the average age of the conventional reefer vessel is 25 years compared with 10 years for containerships.

“That said, the conventional sector has had something of a second wind recently thanks to the low oil prices, which have made the sector competitive again. We are not losing volumes to conventional vessels, but the rate of conversion has slowed.

“The conventional fleet is operating at capacity, and I don’t think that it is sustainable – in the long run these are still reefer vessels operating on particular trades. It’s not the same as a global liner network, which is now employing state-of-the art technology”, she said.

Overall, Dynamar expects the seaborne perishable trade to continue expanding by 4-5% annually, at least until 2020. The combined total capacity of conventional and reefer containerships reached an estimated 105.5m tonnes in 2015, or approximately 3.55m 40ft high-cube reefer containers. Yet these volumes account for just 2.7% of world seaborne trades of all kinds, Dynamar says.