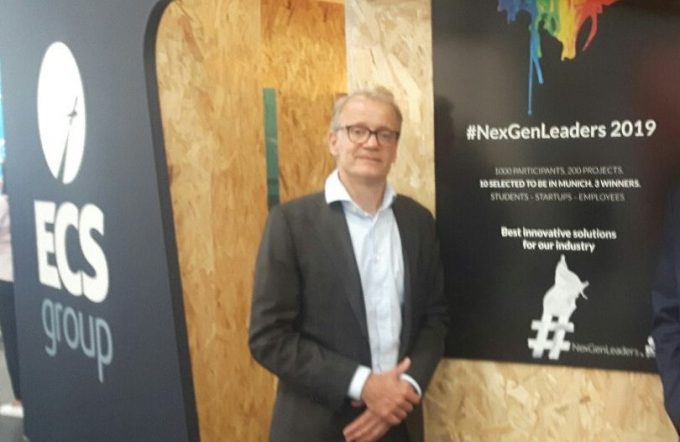 “Next to starting my own company, this is the scariest thing I have done in my professional life.”

So emailed Niall van de Wouw, founder of Clive and disrupter of loadfactor calculations, in 2017 when Project Selfie was born.

Now, Clive Data Services – which took Project Selfie from a simple idea to make loadfactors more accurate, to expanding it throughout the marketplace, weekly – has been acquired by Xeneta.

It’s been a hard slog, judging by the many, many emails from 2017 onwards. Taking on IATA, as well as convincing numerous major airlines to give up their data, was indeed scary.

IATA hit back: “IATA totally refutes accusations that the reported figures by airlines are inaccurate … this industry is a bit more complex than that,” it replied, rather patronisingly.

But Mr van de Wouw continued: “Imagine a hotel publishing its occupancy rate based on the number of beds used, instead of rooms used. It would be far lower. In the air cargo industry, loadfactors are counted as if it was bed occupancy.”

And while he agreed that comparatives did indeed reveal trends, he stressed that the base point itself was “misrepresentative”, and only “dynamic” loadfactors, which take into account both weight and volume, would be an accurate method of calculating utilisation.

The emails began to pour in as he started to form relationships with the airlines in a bid to get accurate data from them. Airlines agreed that IATA’s data was misleading. One typical response from a carrier noted: “Of course I will support this initiative.  It makes sense. We use volume for every shipment but I am shocked at how many major carriers have no capability to do this.”

Another wrote: “We already do this internally for the reasons you describe. We all sell cargo on a volumetric basis, hence chargeable weight and for many of our routes volume is more constraining than weight.”

But it wasn’t just airlines, their customers also agreed that the current loadfactor data was a poor reflection of reality. Shippers wanted it too. One air freight shipper wrote: “I have with great interest read the article at The Loadstar about your Project Selfie and we remain curious to learn exactly which airlines are supporting your initiative. We fully support any initiative that helps to bring better transparency and better standards to both air and ocean transport.

“Your initiative for better load factor transparency is a really good one, and which has confused and annoyed me for years. I hope you will succeed in changing the dynamics and, hopefully, this is then the first step that can also lead to creation of pricing standards on how airlines apply pricing and create fuel surcharges (some airlines use the W/M factor while others still use plain gross weight).

“As a fairly large shipper of airfreight in almost all markets worldwide, with an annual spend on airfreight of approx. €20m, we fully understand that most initiatives for innovation will only come true when demanded by the customers.”

IATA, meanwhile, procrastinated, saying it would “look into it”.

In just three months, Mr van de Wouw had data from 19 key airlines, representing nearly 25% of the global market, and found there was a difference of some 27% between the weight and dynamic loadfactor, confirming his beliefs.

Not everyone came on board. During The Loadstar’s Christmas party in 2017, Mr van de Wouw took yet another call from a major airline procrastinating about joining – it took three more years to get it involved. Another said: “Good idea, but don’t do it in partnership with The Loadstar.”

Happily, Mr van de Wouw chose to ignore this advice and, in 2018, with The Loadstar, won the Seahorse Air Cargo Journalist of the year award. It wasn’t the only gong he received; in 2019, Clive won the ECS NextGen challenge.

Since then, Mr van de Wouw’s data has been widely disseminated – weekly, rather than the traditional out-of-date monthly – and has shaken up the world of airfreight data – except at IATA, of course, which inexplicably and stubbornly continues with its one-dimensional methodology.

The Loadstar has asked IATA, again, for a comment, but – again – there was no response before publication.

Xeneta said it would give its customers “the most timely global ocean and air freight data trends”.

CEO Patrik Berglund added: “Our combined data services and industry expertise make us second to none in providing clear insights into the global freight markets.”

Mr van de Wouw told The Loadstar it had been an interesting journey.

“I’d really like to thank those early supporters, those individuals who helped us get off the ground with little initial benefit to themselves,” he said, adding he was looking forward to working with the “great team” and “unique business culture” at Xeneta.

“It will provide opportunities to further populate our data, and gives us the ability to help clients extract more value from our data services.”

Hopefully, with Xeneta behind him, the next part of his journey won’t be quite so scary…