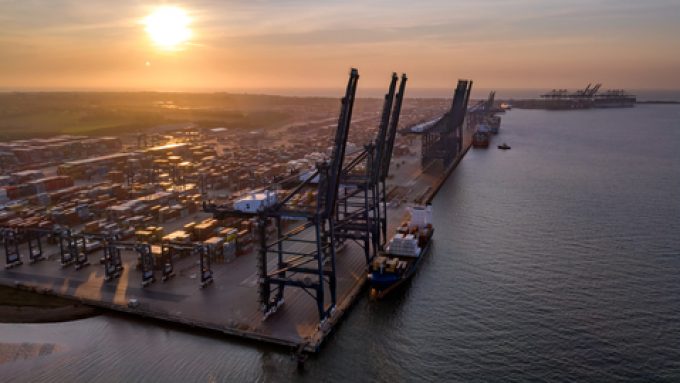 The Loadstar understands that dockers at the port of Felixstowe are set to be balloted over a second strike, which may be timed to overlap with a walkout at Liverpool.

Port users fear the new action could involve a 15-day walkout, coinciding with a two-week strike at Liverpool starting 19 September.

One forwarder suggested the aim had been for the two strikes to dovetail, but given the need for a 14-day notice period at Felixstowe, synchronised action would not be possible.

Unite national officer Robert Morton told The Loadstar: “Unite is surveying our members at the port of Felixstowe.

“This is to determine which course of action they wish take next.” Mr Morton refused to either confirm or deny an overlap with action at the Mersey port, where more than 500 workers are also represented by Unite.

A spokesperson for Hutchison, which owns and operates Felixstowe, told The Loadstar it would not be “commenting on rumours”, but it is understood the company has not increased its offer of a 7% pay rise and one-off payment of £500.

One forwarder thought the port ought to accept that the cost-of-living crisis meant dockers had no choice, adding: “If Hutchison is smart, it will act sooner and capitulate on the demands of a pay bump in line with inflation now, because with projections of inflation of 19% by January, the longer it leaves it, the more it will end up paying.

“It needs to do this as much for the industry as for the workers, as a second strike there will totally screw everyone over, particularly if two ports are out of action at the same time.”

However, a port official argued that the law of diminishing returns could prove more decisive: “A further 15 days would mean 23 days’ lost pay in total. How much would the company offer of 7% plus £500 – already significantly higher than average pay increases elsewhere – have to improve to cover 23 days’ lost pay?”