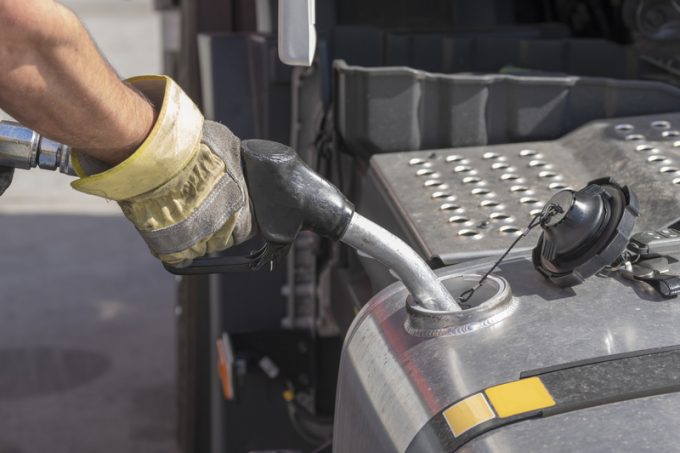 The increasing instability of oil prices looks set to further jeopardise the future of transport and logistics operators.

According to new analysis from Transport Intelligence (Ti), fuel usually represents “25-30% of the variable and semi-variable costs of a vehicle”.

“Such companies are going to be quite vulnerable to fluctuations in the oil price as they lack the financial robustness and in particular the cashflow position, to absorb sharp rises in prices in the short-term. This suggests that unstable oil prices will hit owners of road freight assets hard,” writes senior Ti analyst Thomas Cullen in the Oil & the Logistics Market report published yesterday.

This in turn may force larger operators – and in particular overland network operators that have mostly directed their capex on warehouses and cross-docking facilities, and rely heavily on subcontracted haulage – to invest in trucking assets to secure future capacity.

“The pressures on truck owners may have the effect of reducing the availability of physical truck resources. The implication of this is that larger companies may be drawn into the sector in order to ensure the continued supply of trucks,” Mr Cullen writes.

He suggests oil price volatility is growing due to a number of demand and supply-side factors: weakening demand due to increased efficiency of transport operators; increased use of renewable energy in wider society; and the growth of the electric car market; while on the supply side, the growth in “unconventional” drilling such as fracking has created a new group of oil producers which can switch production on and off with much greater speed than conventional oil wells.

Together, these factors are set to fundamentally change the nature of the oil market, he argues.

“The cycle of price falls to price rises is likely to shrink. At present this is around four years, driven by the ability of new well capacity to respond to higher prices. This relationship will break down in an unpredictable way,” he writes.

And this would appear to be supported by recent swings in oil prices – while the price of oil has fallen dramatically since the onset of the coronavirus pandemic, in recent days there has been strong rebound.

According to a report in Bloomberg yesterday, drastic cuts in OPEC production have been pushing prices up, while crude and refined inventory –  previously at unprecedented levels – have been declining for the past two weeks.

“Oil posted its longest streak of gains in more than a year, buoyed by output cuts across the globe that have whittled away at a stubborn supply glut,” it noted, with the price of oil now over $30 per barrel.

Light at the end of the tunnel? Just a glimmer down the road for US trucking

On the heels of a disappointing Q4 that pushed it behind earnings targets, Knight-Swift, the ...

Can a buyers cartel challenge OPEC?

Oilprice.com reports: – Western oil importers have been looking for many ways to lower crude prices ...

In case you missed it