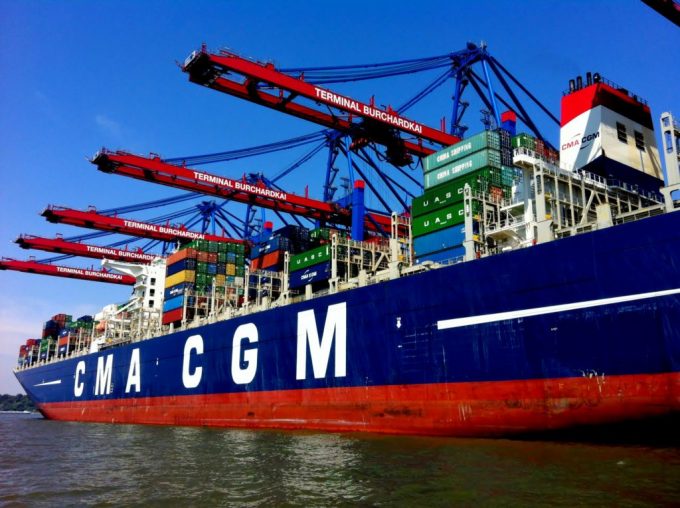 Ocean carriers are focusing their transpacific growth on US east coast port services, as the import coastal shift from the west coast continues.

According to Alphaliner, the Ocean Alliance (OA) partners will officially commence their eighth Asia-US east coast loop with the sailing of the 11,356 teu CMA CGM Callisto from Yantian, China, on 9 May.

The consultant said the new loop, going via the Panama Canal, would deploy ten 10,000-11,400 teu vessels calling at Yantian, Ningbo, Shanghai, Busan, Norfolk, Savannah, Charleston, Miami and back to Yantian, turning in 10 weeks.

The loop was announced in the OA’s Day 6 product annual network revamp in January, but the service, as the Chesapeake Bay Express (CBX) with different rotations, has been operated independently by CMA CGM on an ad-hoc basis.

OA member Evergreen has confirmed it will use the CBX label for the service, while Cosco and OOCL will market it under their AWE7 and ECC3 brands, respectively.

However, business intelligence platform eeSea said it had “discovered” the CMA CGM-operated CBX service “during a routine check”, adding: “Ports of call on vessel schedules vary with each rotation and none match the flyer.”

According to eeSea data, CMA CGM has been operating the weekly loop with only six vessels, resulting in a number of blank sailings and the ad-hoc nature of the service.

Meanwhile, according to the latest container volume McCown Report, covering the top 10 US ports for March and the first quarter, the coastal shift continues apace, with the growth of import volumes at east coast and Gulf ports outperforming throughput growth at west coast hubs for the 10th consecutive month.

In terms of volumes, the biggest east coast winner was the port of New York & New Jersey, which saw import containers surge 11.8% during the quarter, to 1,228,373 teu, propelling it above Long Beach to become the nation’s second-largest port for container imports, behind Los Angeles.

The report’s author John McCown said the stronger performance by east coast ports was driven by three main factors. First was the initial pandemic surge of volumes that had “disproportionately benefited the west coast ports and that is impacting current comparisons”.

The second reason was that shippers had changed their routings for containers to avoid the chronic delays to product shipped via the west coast, with ships obliged to wait off the San Pedro Bay coast for weeks to get worked.