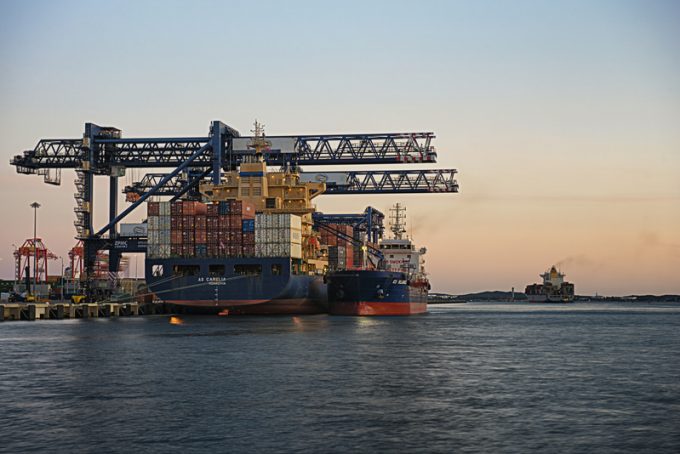 Now, as the industry heads into peak season, CTAA says, one “insidious consequence” of the capacity squeeze is container detention costs imposed by shipping lines.

“Even major forwarders and importers are being forced into the spot market to secure container import space on vessels, rather than longer-term contract conditions,” it said. “This includes accepting container detention terms and conditions, which shorten the available free-days before empty containers must be returned to the location designated by the shipping lines.”

And most carriers begin counting free-days from the time a container is discharged from a vessel, rather than when it is ready for pick-up from the terminal.

CTAA director Neil Chambers said: “This puts pressure on the importer and transport provider to get the container picked up, unstuffed and returned in a clean condition [on time].”

He said reduced free-time would result in an “enormous shock” to the landside logistics sector, as the volume of containers handled would lead to more delays and increased detention fees.

“Landside logistics providers also continue to question how shipping lines can apply container detention fees when their designated return location is not open, or is so congested that a return slot cannot be obtained in a timely fashion,” added Mr Chambers.

Exporters are suffering too. he said. Carriers were rolling cargo, yet still hitting exporters with automatically generated invoices for holding on to containers for too long.

“The administration time and cost in disputing these erroneous detention fees with shipping lines is debilitating,” he said.

Other ports are affected, too. This week, for example, ONE announced a string of port omissions for Sydney, Brisbane and Melbourne, and export ports in Japan, China and Korea, citing the need for schedule recovery, due to port congestion and industrial action.

Amid the delays, freight rates have reached as much as $8,500 per 40ft container for August, and one forwarder said: “We’re expecting a 100% increase in container rates ex-Asia for Q4 – not that we can actually get rates valid for longer than 14 days at the moment.”