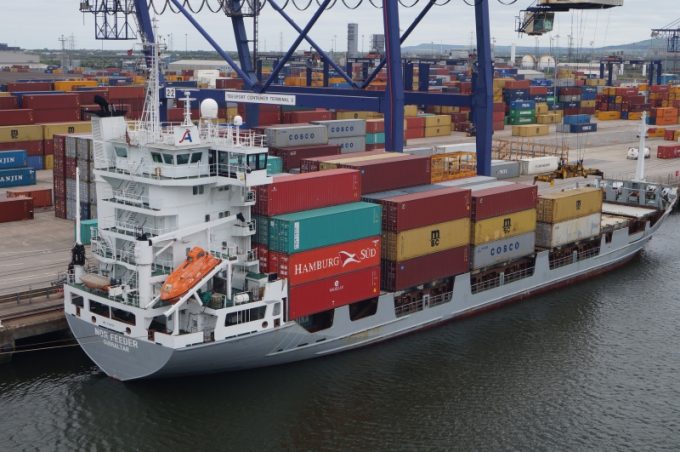 The decision by Maersk and other carriers to skip UK port calls due to berthing delays is proving a massive challenge for feeder operators tasked with relaying thousands of ‘overcarried’ containers.

Over-landed UK cargo is stacking up at the major hub ports of Rotterdam and Antwerp on already heavily congested terminals, and carriers are now looking at other ports, such as Zeebrugge and Wilhemshaven, to discharge frustrated UK imports.

Without any spare capacity available to relay the containers back to the UK, carriers are turning to feeder operators to “perform the impossible”, according to one feeder operator contact.

“Even when we find the ships, our chances of getting a berth either to load or to discharge the boxes back in the UK are pretty slim, and we could be sitting outside ports for several days,” he said.

“We know from bitter experience that carriers won’t pay us for vessel delays, so we have to be pretty certain of getting work fairly promptly when we take on the job or we can lose our shirts,” he said.

He explained that often a feeder could not get alongside a quay, as it was being blocked by a deepsea ship that had arrived after the feeder but was given berthing preference by the port.

“It’s really a Catch-22 situation,” he said. “The carrier is kicking the port for a berth and insisting we are held-off to accommodate their vessel, and it is not unusual for it to be the same shipping line that fixed the feeder movement with us and refuses to pay demurrage.”

Another feeder operator contact told The Loadstar this morning that Felixstowe, London Gateway and Tilbury were all currently refusing to accept any ad hoc feeder vessels.

Notwithstanding these operational problems, feeder operators first have to find ships, and the booming charter market has made this extremely difficult. Most prefer to charter their ships for 12 months or less, with options to extend the period, as their requirements are constantly changing. But shipowners are now insisting they take the vessels on hire for a minimum of two years, at new inflated ‘market rates’.

One feeder contact told The Loadstar owners were “playing hardball” on the charter negotiations.

“There is virtually no negotiation at all,” he said, “They are telling us that if we don’t take up their extension offer, they will fix the ship elsewhere at more money.

“We know from our brokers they are not bluffing, and the really annoying part is that the higher offers are coming from shipping lines which still expect us to find the ships to feed their cargo,” he said.

Meanwhile, a source at Felixstowe told The Loadstar this morning that the landside congestion had eased.

“I think they are over the worst, and it appears that most of the media have got bored and left the scene,” he said.

To hear about more headaches in sea freight, this time from driver shortages, tune into this clip from The Loadstar Podcast.